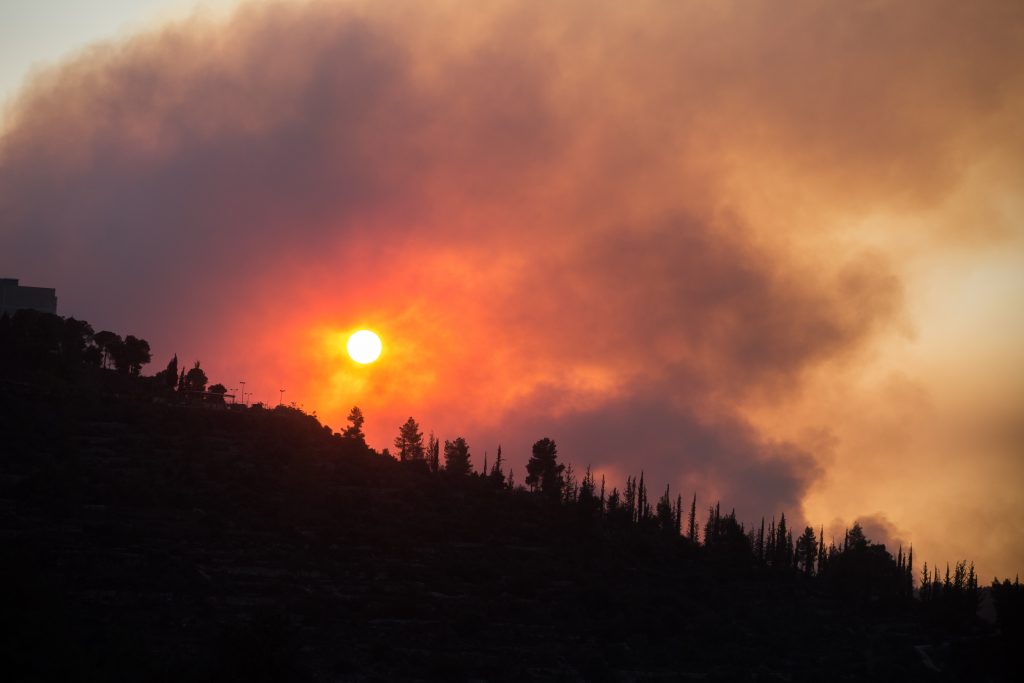 Hundreds of tons of cotton and grains were destroyed early Thursday in a blaze that broke out in a storage silo on Kibbutz Eilon in the western Galilee. Five crews of firefighters converged on the blaze, which was brought under control about four hours after it broke out.

The fire represents a huge financial loss for the kibbutz; some 400 tons of cotton and grain burned in the fire, with each ton fetching between NIS 600,000 and NIS 750,000. Although it was raining at the time the fire broke out, firefighters told Yediot Acharonot that the rain did not help to temper the flames, because there was so much cotton and grain in the silo supplying flammable material for the fire.

Investigators are trying to determine the cause of the blaze, among them the possibility that the building was hit by lightning. As there was no electricity in the building, an electrical fire has been ruled out. Also to be investigated is the possibility that the fire was set deliberately, as part of the ongoing campaign of “agricultural terror” that Israeli farmers have been subject to. In a statement, police said that “the possibility of arson as a cause for this blaze, as was the case in other recent fires on farms, will be investigated. Unfortunately, there were no security cameras that could have provided more definitive answers at this facility.”

Footage from security cameras broadcast in Israeli media Sunday showed how Arabs had set a fire at a grain silo in Kibbutz Kissufim in southern Israel. In the footage, two figures wearing hooded sweatshirts are seen spilling accelerant on the floor of the silo, and minutes later the place is in flames.

Farmers have long complained that they are subject to intimidation by Arabs, who set fires to their produce either for nationalistic reasons, or to demand “protection” money from farmers. Dudy Amitai, head of the Israel Farmers Council, told Channel 20 that “as Arabs intimidate Israeli farmers with fires, theft and outright terror, farmers are either selling their holdings to Arabs at fire-sale prices or even abandoning land – which Arabs take over. It is the opposite of the process by which the state was created. There will soon come a time when we will have no agricultural sector left.”

Speaking to Kan News, Agriculture Minsiter Uri Ariel said that “the problem of agricultural terrorism is a serious one and requires new ways of thinking, which we are working on with the defense minister, justice minister, and others.” When events such as a fire occur, Ariel said that “the state helps farmers out, and we will try to do so in the Kissufim fire. We are planning to provide state-sponsored insurance for incidents like these.”