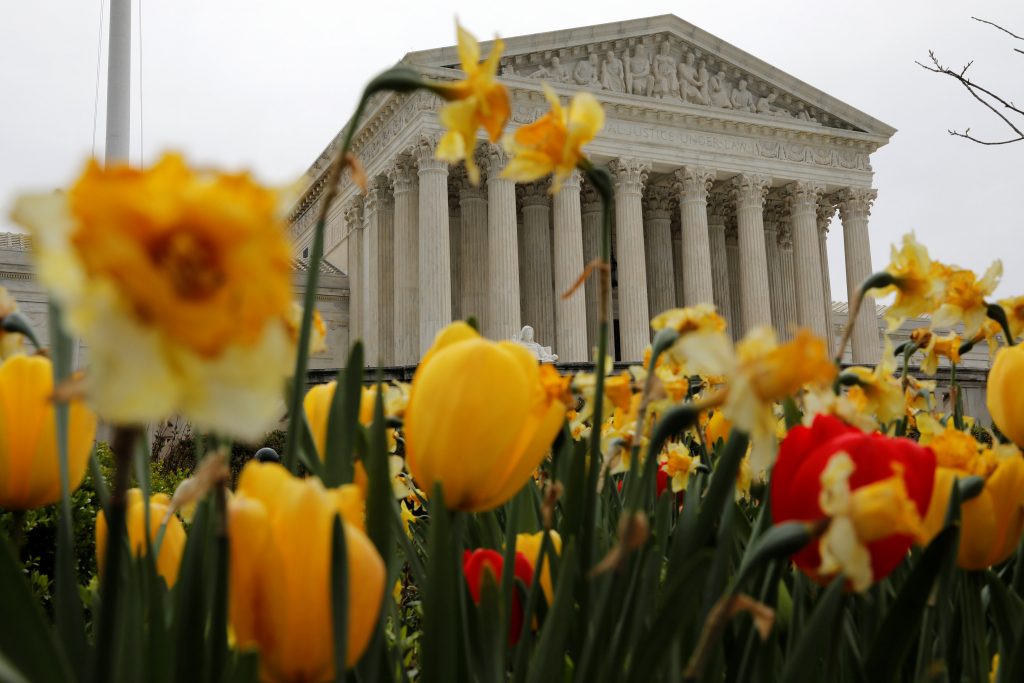 President Donald Trump’s administration goes before the Supreme Court on Wednesday to defend the legality of his travel ban targeting people from several Muslim-majority countries, one of the most contentious actions of his presidency.

Trump’s travel ban – the third version of a policy he first sought to implement a week after taking office in January 2017 – blocks entry into the United States of most people from Iran, Libya, Somalia, Syria and Yemen. Chad was on the list announced in September, but Trump removed it on April 10.

The conservative-majority, nine-member court has never heard arguments on the legal merits of the travel ban or any other major Trump immigration policy, including his move to rescind protections for young immigrants, sometimes called Dreamers, brought into the United States illegally as children.

It has previously acted on Trump requests to undo lower court orders blocking those two policies, siding with him on the travel ban and opposing him on the Dreamers.

A ruling is due by the end of June.

The state of Hawaii, which argues the travel ban violates federal immigration law and the Constitution’s prohibition on the government favoring one religion over another, is the lead challenger in the case.

The Supreme Court on Dec. 4 signaled it may lean toward backing Trump when it granted on a 7-2 vote his administration’s request to let the ban go into full effect while legal challenges played out.

Trump has generated controversy with his hardline immigration policies, also including actions taken against states and cities that protect illegal immigrants, intensified deportation efforts and limits on legal immigration.

Trump has said the travel ban is needed to protect the United States from terrorism by Islamic terrorists.

The challengers have argued the policy was motivated by Trump’s enmity toward Muslims, pressing that point in lower courts with some success by citing statements he made as a candidate and as president. As a candidate, Trump promised “a total and complete shutdown of Muslims entering the United States.”

The Justice Department argues Trump’s statements as a candidate carry no weight because he was not yet president.

In defending the ban, the administration has pointed to a waiver provision allowing people from targeted countries to seek entry if they meet certain criteria.

Venezuela and North Korea also were targeted in the travel ban. Those restrictions were not challenged in court.