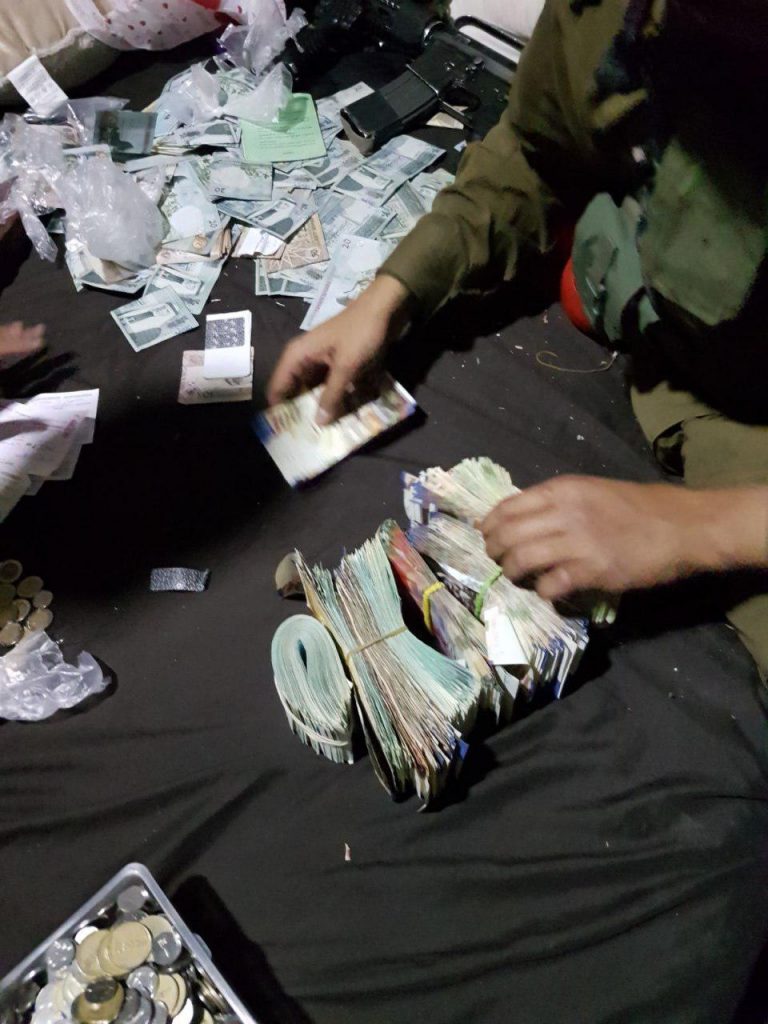 IDF soldiers, Border Patrol officers and Shin Bet agents overnight Tuesday confiscated nearly a quarter million shekels that were to be used for funding terror attacks. The money was collected in five homes in Arab villages in the Beit Lechem area. Along with the cash, soldiers confiscated vehicles which had been used in terror attacks. The IDF said in a statement that the confiscations were part of the army’s efforts to reduce terrorism. Officials are investigating the source of the money.

Police are investigating an incident in the northern Israeli village of Iksil, where two cars were set on fire overnight Tuesday. Police said that graffiti found near the fire that read “Jews, it’s time to win,” indicates the likelihood of the arson being a “price tag” incident, but that all possibilities were being examined.