Politics Mulvaney Discloses ‘Hierarchy’ for Meeting Lobbyists, Saying Some Would Be Seen Only If They Donated
Politics 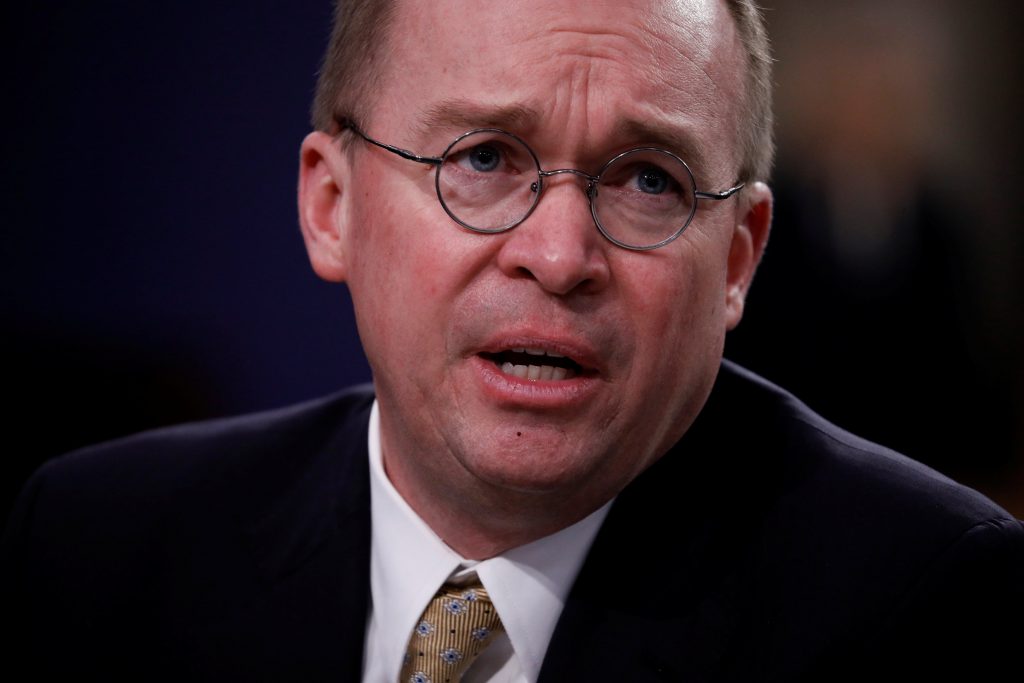 Mick Mulvaney, interim head of the Consumer Financial Protection Bureau, told banking executives Tuesday that as a South Carolina congressman he always met with constituents. But he never met with out-of-town lobbyists, he said, unless they gave him campaign money – explaining why the bankers should push their agenda on Capitol Hill.

Still, he said, the priority was given to local constituents. “If you came from back home and sat in my lobby, I talk to you without exception, regardless of the financial contributions,” Mulvaney said in his address to the American Bankers Association, according to a transcript provided by the CFPB.

The ABA is one of the largest and most powerful financial industry lobbying groups, representing a wide swath of the banking industry, from JPMorgan Chase to small community banks. At the group’s annual conference in Washington, industry executives from across the country often descend on Capitol Hill to talk to lawmakers about their issues. This time the industry is focused on pushing for legislation that would roll back some regulations put in place after the global financial crisis.

Mulvaney’s comments immediately drew backlash from Democrats after a New York Times report about the speech.

“Nothing says drain the swamp like telling a room full of bankers to give more money to politicians who put the interests of banks ahead of people,” Rep. Adam Schiff, D-Calif., said in a Wednesday morning tweet.

Sen. Robert Casey, D-Pa., tweeted: “This is supposed to be a government by the people, for the people. Not a government of the thieves and the money changers. Mick Mulvaney is a disgrace.”

Mulvaney’s spokesman pushed back at that criticism. “He was stressing the point that when you come into town, you should get to see your member,” said John Czwartacki.

As a congressman, Mulvaney was one of the CFPB’s fiercest critics and co-sponsored legislation to eliminate the bureau. “People wondered when I took the job if I was going to try and shut the place down,” Mulvaney told the banking group, “and I told them no, because I can’t.”

He also received more than $60,000 in campaign contributions from payday lenders, who have complained for years that the CFPB had been too aggressive in its oversight of the industry. In 2016, Mulvaney was among a bipartisan group of lawmakers who wrote to the CFPB complaining about a rule being developed by the agency to further regulate payday lenders. Two months after taking over the CFPB, Mulvaney said the bureau would reconsider the rule, which had already been finalized.

Mulvaney’s leadership of the CFPB has repeatedly drawn the ire of Democrats who worry that he is weakening the consumer watchdog agency. Mulvaney has dropped a lawsuit against a payday lender, stripped enforcement powers from a CFPB unit responsible for pursuing discrimination cases and proposed that lawmakers curb the agency’s powers.

In his speech Monday, Mulvaney also took aim at the agency’s complaint database, which is used by thousands of consumers each year to file complaints about debt collection practices, mortgages, credit cards and other matters. Republicans and the financial industry complain that the database is full of errors and unverified complaints. Democrats and supporters of the agency say it is essential to the CFPB’s operations.