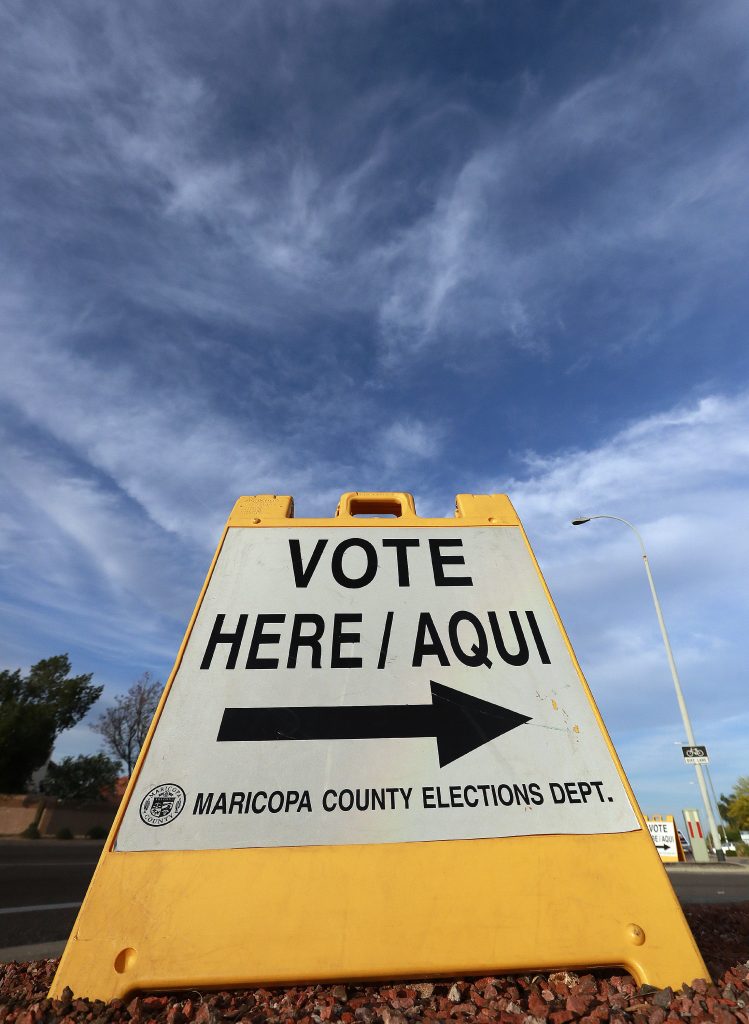 It took a big money push from the Republican Party, tweets by the president and the support of the state’s current and former governors, but the GOP held onto an Arizona U.S. House seat they would have never considered endangered in any other year.

Tuesday’s narrow victory by Republican Debbie Lesko over a Democratic political newcomer sends a big message to Republicans nationwide: Even the reddest of districts in a red state can be in play this year. Early returns show Lesko winning by about 5 percentage points in Arizona’s 8th Congressional District where Donald Trump won by 21 percentage points.

“Debbie will do a Great Job!” the president tweeted Wednesday.

The former state senator defeated Hiral Tipirneni, a former emergency room physician who had hoped to replicate surprising Democratic wins in Pennsylvania, Alabama and other states in a year where opposition to President Trump’s policies have boosted the party’s chances in Republican strongholds.

“They should clean house in this election,” said Coughlin, longtime adviser to former Arizona Gov. Jan Brewer. “There’s a drag on the midterms for Republican candidates that’s being created by the national narrative. And it would be very hard to buck that trend if you’re in swing districts, much less close districts, if you can’t change that narrative between now and November.”

The district sprawls across western Phoenix suburbs, covering some of the most conservative areas of the red state, including the retirement community of Sun City.

At a victory party in her Glendale neighborhood, Lesko greeted supporters and looked back in wonder.

“I’ve really come a long way and this is really quite overwhelming, it’s very surreal,” she said. “Twenty-five years ago I left an abusive husband and I sure as heck never would have dreamt in a million years that I would be running for Congress to be a congresswoman.”

Brewer, who backed Lesko and was at her victory party, also warned that Republicans need to make changes if they want to hold the district and other seats in November elections.

Tipirneni worked the district hard, making inroads rarely seen in an area that hadn’t elected a Democrat since the early 1980s. She was seen as a fresh Democratic face with relatively moderate views that could get support in the district. Making a push for older voters, she had said Lesko would vote to go after entitlement programs like Social Security and Medicaid to pay for tax cuts that mainly benefit the wealthy. She’s pushed a plan to allow some people to buy into Medicare.

Tipirneni said she plans to run in November’s general election and told supporters not to give up the cause. She said that despite the big Republican advantage in the district, the results show people were ready for a change.

“We have a very short amount of time, and clearly Ms. Lesko had the registration numbers a little bit in her favor and she also had the name recognition,” Tipirneni said. “But given more time I know we can get more folks on our side.”

The Associated Press called the race for Lesko after state officials released tallies of more than 155,000 mail-in ballots, which represent about 75 percent of the votes expected.

National Republican groups spent big to back Lesko, pouring in more than $500,000 in the suburban Phoenix district for television and mail ads and phone calls to voters. On Election Day, Trump and current Arizona Gov. Doug Ducey urged Republicans to go to the polls and vote for Lesko. National Democratic groups, meanwhile, didn’t commit money to the race, a sign they didn’t believe the seat was in play.