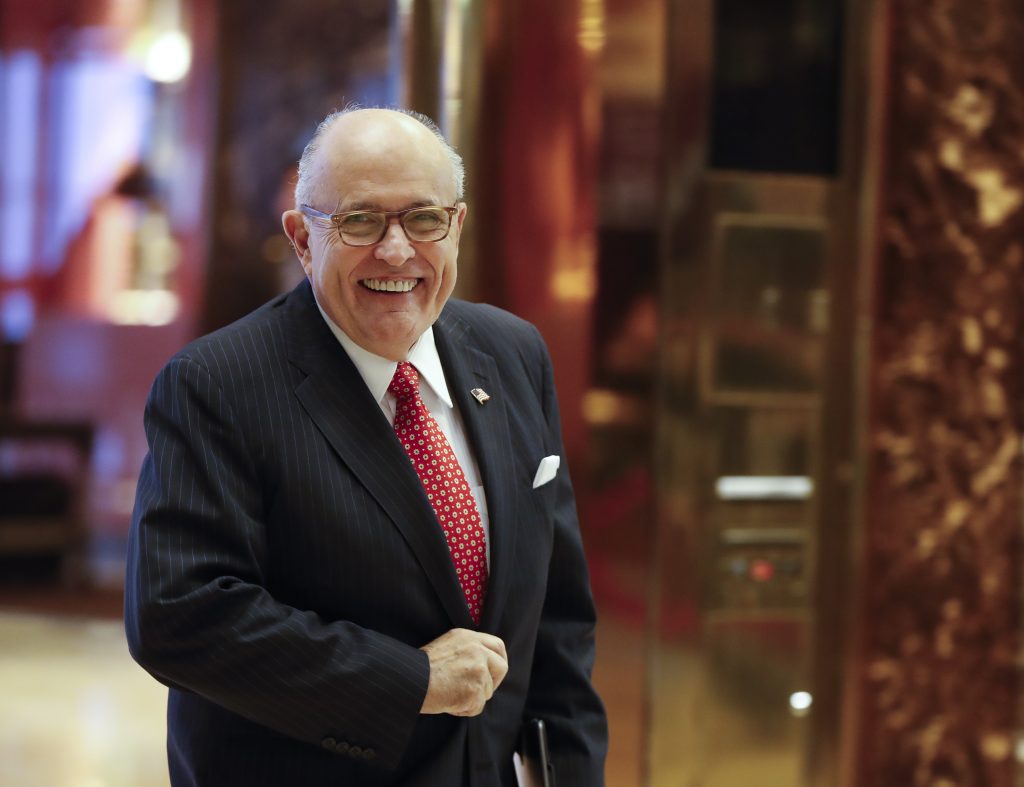 Rudolph Giuliani, President Donald Trump’s new personal lawyer dealing with the ongoing probe into Russian interference in the 2016 election, met with special counsel Robert Mueller III on Tuesday to reopen negotiations for a presidential interview, according to three people familiar with the talks.

Giuliani, who joined Trump’s legal team last week, conveyed the ongoing resistance of Trump and his advisers to an interview with federal investigators, but did not rule out the possibility, the people said, adding that Giuliani pressed Mueller for clarity on when the probe is expected to end.

In response, Mueller reiterated that he would like a chance to ask Trump questions about key steps he took during the transition and early months of his administration, the people said. The special counsel emphasized, as he did in conversations in March with Trump’s team, that an interview is essential for investigators to understand Trump’s intent in making key decisions as they seek to wrap up the portion of the probe focused on potential obstruction of justice.

The people familiar with the meeting requested anonymity before describing the encounter, as they were not authorized to speak publicly.

The face-to-face discussions illustrated how Giuliani is now functioning as Trump’s chief liaison and lead negotiator with the special counsel. The meeting renewed talks that had largely faltered since the resignation last month of veteran lawyer John Dowd, who was serving as Trump’s lead outside attorney on the investigation.

“I’m doing it because I hope we can negotiate an end to this for the good of the country, and because I have high regard for the president and for Bob Mueller,” Giuliani said in an interview with The Washington Post last week.

Trump said in a statement last week that Giuliani “wants to get this matter quickly resolved.”

Giuliani, 73, a former New York mayor and U.S. attorney, has known Mueller for decades through their work in federal law enforcement. Both men were joined by members of their teams in the Tuesday sit-down meeting at Mueller’s office in southwest Washington.

A Mueller spokesman declined to comment. Trump attorney Jay Sekulow declined to confirm a meeting took place or to describe the discussions.

“We don’t discuss conversations with the Office of the Special Counsel,” Sekulow said. “We continue to maintain our ongoing cooperation.”

One person briefed on the discussions described the session as relaxed and an opportunity for both sides to “feel each other out.”

Still, Trump remains “extremely opposed” to granting Mueller an interview, according to one close adviser, setting up a potential high-stakes legal battle between the White House and the special counsel, who could ultimately seek to try to subpoena the president.

When Mueller’s office first broached the idea of an interview late last year, Trump initially was open to it, rejecting warnings from Dowd that such a move would be perilous, according to several advisers.

Dowd resigned in late March after disagreements with Trump about the interview.

But the president’s willingness to meet with the special counsel cooled dramatically when he learned earlier this month that his personal attorney, Michael Cohen, was under criminal investigation by federal prosecutors in Manhattan.

He discovered that on April 8, investigators raided Cohen’s office and residences seeking communications between the lawyer and Trump in the lead-up to the 2016 election.

Trump advisers have warned the president that they expect federal investigators will use Cohen’s legal jeopardy as leverage to get him to cooperate with the special counsel’s probe.

Hours after the Cohen raids, a visibly agitated Trump blasted the investigation and the special counsel to reporters gathered to witness him meeting with top military officials at the White House that evening.

“So I just heard that they broke into the office of one of my personal attorneys — a good man. And it’s a disgraceful situation. It’s a total witch hunt,” Trump said.

He repeated a familiar refrain — that Mueller’s year-long investigation has “found no collusion whatsoever with Russia” — and called the probe “ridiculous.”

Giuliani joined Trump’s legal team after the president’s advisers had spent weeks unsuccessfully hunting for a replacement for Dowd, getting turned down by more than half a dozen candidates in the process.

Giuliani, a longtime defender of the president, took the helm of the defense nearly one year after Mueller began his investigation, amid signs that the special counsel is looking to wrap up the obstruction-related portion of his probe.

In March, Mueller informed Trump’s attorneys that he was continuing to investigate the president but did not consider him a criminal target at that point, The Washington Post previously reported.

Mueller’s investigators said at the time that they were considering writing reports on their findings in stages, with the first report focused on possible obstruction, according to two people briefed on the discussions. The special counsel said he needed to interview Trump to understand whether he had any corrupt intent to thwart the Russia investigation when he took certain steps, including firing FBI Director James Comey.