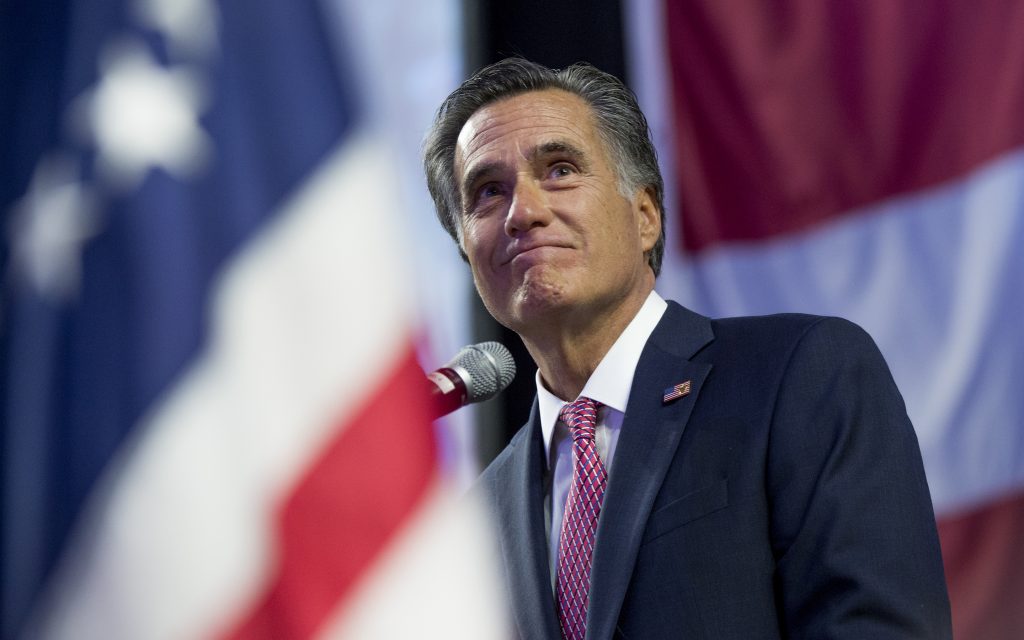 Jenny Wilson, the Democrat favored to win her party’s nomination, accused Romney of cheating and manipulating the state nominating system by asking voters who signed his petition to get on the primary ballot for their email addresses and phone numbers. She sent a news release and tweeted a link to a story by a website called Utah Reports, which wrote that the data could have been illegally obtained and said Romney was given a “special privilege” by Utah elections officials.

But Utah election officials say Romney, who also is facing a primary battle after far-right-leaning GOP delegates chose a state lawmaker over him at last weekend’s convention, didn’t violate any state election rules.

A look at the claims:

WILSON said in a news release Friday: “It is almost unbelievable that the Romney campaign would seek to manipulate the system in such a patently illegal way,” Wilson said in the news release. “I can’t imagine why he feels he needs to cheat to win a U.S. Senate Seat.”

THE FACTS: Romney did gather email addresses and phone numbers from voters while getting signatures to get on the primary ballot, but that didn’t constitute a violation of election laws because his campaign made clear it was voluntary, said Justin Lee, Utah’s Director of Elections.

Lee said in a statement that Romney’s campaign asked if they could add an additional sheet of paper to the state template for signature gathering to request voters’ email addresses and phone numbers. His office informed Romney that there was nothing in state law to prevent it so long as it was made clear it was optional, which they did on the paper, Lee said.

“The Elections Office does not favor one candidate over another,” Lee said. “If any other campaign had asked the same question, the result would have been the same.”

Wilson said she stands behind her statements because she thinks Romney’s campaign illegally obtained personal information that could be used to spam voters who thought they were just signing to get him on the ballot. Wilson, a Salt Lake County Council member, also said the elections office should have alerted all campaigns of this option out of fairness.

Romney gathered signatures to take advantage of an option in Utah’s nominating system that allows candidates to get their names on the primary ballot. Romney finished as one of the top two-getters at Utah’s GOP convention on Saturday, second to state Rep. Mike Kennedy. Had he lost and the winner earned more than 60 percent of the delegate votes, he would have relied on the signatures to be on the June 26 primary ballot.

That path is relatively new and it’s still a source of major contention in the Utah Republican Party.

Some say it takes power away from Utah’s traditional caucus-and-convention system for nominating candidates, while others say it lets more people get involved in the process even if they don’t have time to become delegates.

Utah Reports did not return an email and Facebook message from The Associated Press. On its website, Utah Reports describes itself as a media company dedicated to critical investigative reporting.