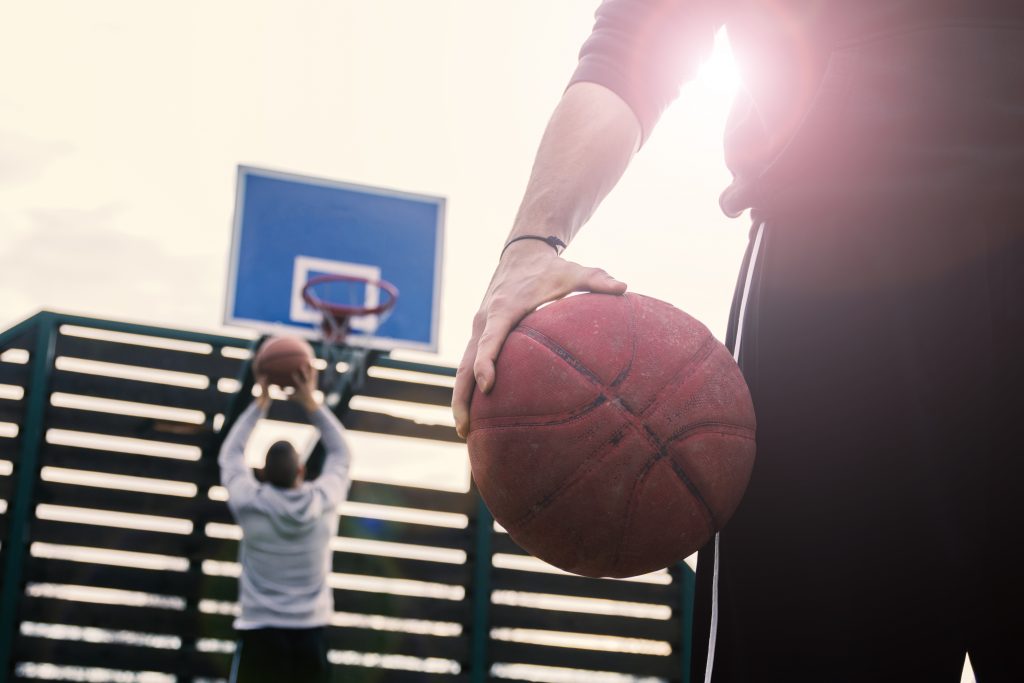 I try to frequent the local basketball court, when I can, to get some much-needed exercise, and, on this particular occasion — a few days after Pesach ended — there was only one other person there. No game. Disappointment. (I abhor one-on-ones.) So, when I spotted two guys walking past the outer perimeter of the court, I called out to them, asking if they’d like to play. That was when the other person — a young bachur who I know from the community — challenged me with that question, “Why are you calling over those arsim?!”

The word “arsi” is not exactly a positive appellation. I’m not sure of its precise translation, but it’s contextually obvious that its implication is resoundingly negative. And if I had to give it a one word, English-language comparable, the word “punk” comes to mind. Suffice it to say, that bachur was not happy that I was calling over two individuals — who then became three — whom he felt should be suspect of criminal behavior.

Maybe it’s because I grew up on the placid streets of stereotypical-suburban-almost-rural Potomac, Maryland; but, whatever the reason, I paid the bachur’s warning no heed. It paid off. We indeed got a game together, and I got my much-needed exercise! And the “arsim” that I called over to play with us came across, at least to me, as so gentle and refined (despite their taking a smoke break between games) that, after they left, I chided that bachur, “Didn’t you see the Yiddishe eidelkeit that radiated from their faces?!”

I actually am not sure what initially made him pin them as “arsim” — maybe it was the fact that one was wearing a hoodie and another a black, leather jacket — but, what he responded was what really gave me pause. “Because you were nice to them!” I kid you not, those were his exact words. Why were they behaving so nicely? Well, because I was behaving nicely to them. Go figure.

To bolster his point — meaning, to insist that they really were arsim, or at least one of them was, and their good behavior was but a fleeting expression of being treated well — he told me that he personally once saw one of them involved in a street fight.

This whole thing reminds me of a story I read in For Goodness Sake, by Rabbi Boruch Brull, about the legendary Harav Mendel Kaplan. If space allowed, by way of introduction — so that one could get a sense of the type of behaviors that were typical of Reb Mendel, as he was fondly known — I would recount another Rav Mendel Kaplan story that Rabbi Brull included in his wonderful book. But space doesn’t allow, so you’ll just have to go find the book yourself and read it. It’s definitely worth it.

As far as our immediate subject matter is concerned, though, the relevant story took place during a time when Reb Mendel was teaching in a yeshivah that was located a significant distance from his home, and he commuted a great deal. One day, he picked up a hitchhiker who had no particular place to go. As was his wont, Reb Mendel treated his vehicle guest royally, engaging him in pleasant conversation and even offering him a drink when they stopped at a gas station.

At one point along the drive, the hitchhiker told Reb Mendel that he was ready to get off. Just before closing the door, though, the hitchhiker had this to say: “I want you to know that I had no need to go anywhere when I got a ride with you. I have a gun and I spend my days catching rides with people who I then hold up and steal their money. I had every intention to do the same with you, but you were so kind to me that I just couldn’t bring myself to do it.” And with that, he closed the door and made his hasty departure.

Now, honestly, I have no idea if the basketball-playing bachur was right about those fellows he called arsim or not, but one thing that is certainly worthwhile to take pause about is the simple fact that kind treatment begets kind treatment.

Taken together with Chazal’s assertion that compassionate, refined, and kind behavior is endemic to Jews, this should make us wonder about those Jews — perhaps youth in particular — who seem to have not quite turned out that way.

Could it be that it has less to do with inherent temperament and more to do with how they have been handled? Whether it does or not, one thing seems certain: that if we do want to see kindly, refined behavior reflected back at us, then that is what we need to be giving in the first place.