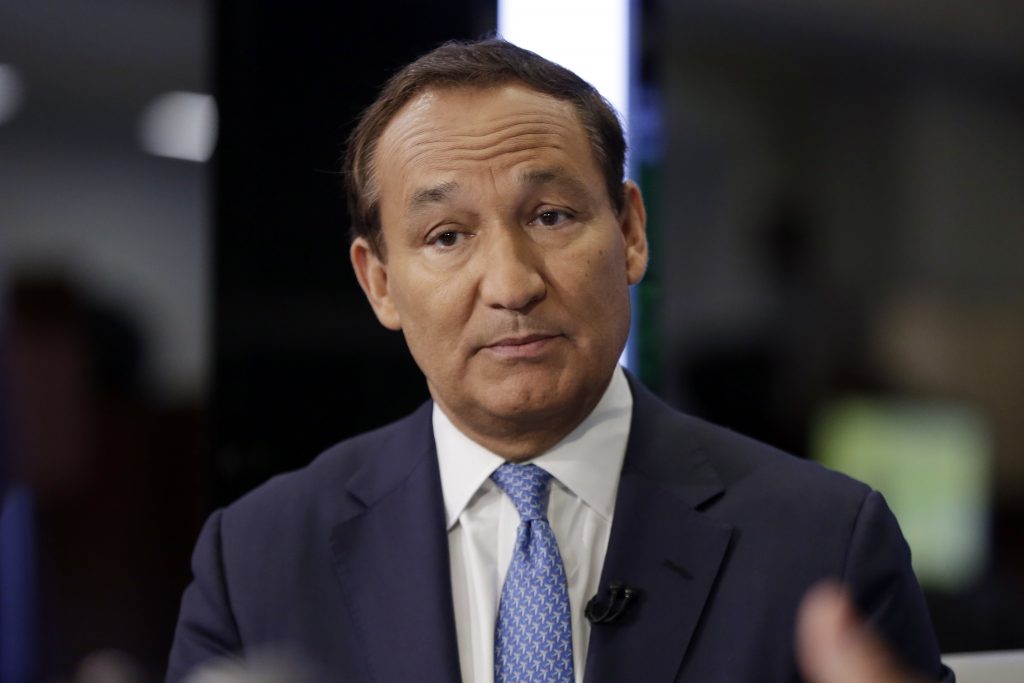 United Airlines CEO Oscar Munoz will not receive a bonus for 2017, after the airline decided to link incentive payments to customer service improvements in the wake of the passenger-dragging incident last April.

The Chicago-based airline eliminated Munoz’s cash bonus at his suggestion, according to the company’s annual proxy, filed Monday. United’s compensation committee reduced four other top executive officers’ bonuses for 2017 by 20 to 30 percent.

United announced plans to link executive compensation to customer satisfaction last April, shortly after a passenger was dragged off a United Express flight leaving O’Hare International Airport after refusing to give up his seat to make room for employees. Videos shot by fellow passengers went viral, sparking widespread outrage.

“I suggested this to our compensation committee because I felt it was important to send a message about the culture of accountability and integrity that we are building here as a united team,” Munoz said in a letter to employees Monday. “We had some incredible successes in 2017 but also some setbacks.”

United declined to say how much Munoz would have earned. Last year, Munoz received a cash bonus of about $3.4 million, but United said that sum also included a compensation related to his departure from his previous employer, rail freight company CSX, and wasn’t directly comparable to what he could have earned this year.

Munoz received more than $9.5 million in total compensation in 2017, according to the filing, of which $1.25 million was salary. He received $7.8 million in stock awards.

In 2018, customer satisfaction — as measured by internal surveys and published external rankings, and operational goals — including on-time departures, the percentage of flights completed and mishandled bag rates, will be among the factors considered in setting employees’ bonus payments, according to the proxy.

United also said board members Robert Milton and Laurence Simmons will retire from the board at the end of their current terms. The airline’s board will shrink from 16 to 14 ,and it plans to elect a new independent chairman after United’s annual meeting May 23.

Munoz’s employment agreement had specified that he would become chairman in 2018, but after the incident last April, the airline’s board said it believed the CEO and chairman roles should be separate.