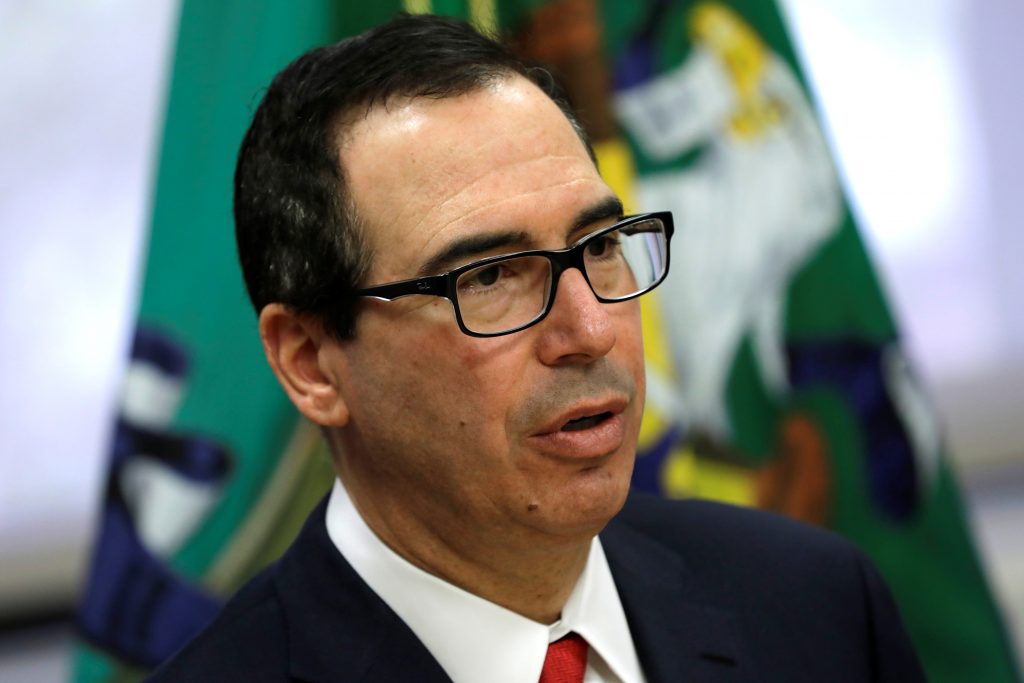 U.S. President Donald Trump on Tuesday said the United States would likely reach a trade agreement with China and that officials from both sides would sit down for negotiations in a few days.

China has said it would welcome a visit by U.S. Treasury Secretary Steven Mnuchin, who is seeking to resolve a tense trade dispute between the world’s two largest economies after Pres.Trump threatened to impose tariffs on Chinese imports.

“China’s very serious, and we’re very serious,” Pres. Trump told reporters, adding that Mnuchin would travel to China as part of a delegation requested by Beijing. “We’ve got a very good chance at making a deal.”

“I would rather deal just with France,” he said.