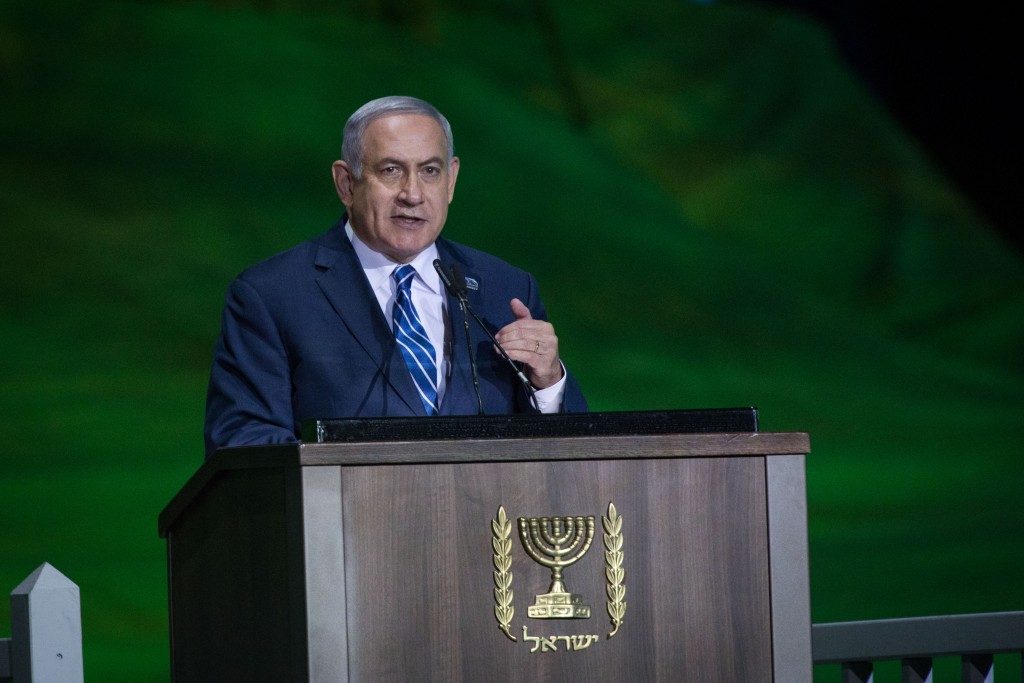 Jewish folklore is a treasure trove of unique stories, parables for the generations.

There was the poritz who ordered the Jewish community to take his friend, a heretic, to be the baal toke’a. The community was horrified, but as a dignified way out they honored the heretic with blowing shofar at Ne’ilah on Motzoei Yom Kippur.

The heretic was furious: “They pulled a fast one on you, poritz,” he whispered to his master. “At Ne’ilah there is only one shofar blast, compared to 100 on the days of Rosh Hashanah.”

The poritz didn’t understand. “They are giving you a shofar,” he said. “Blow as much as you want.”

Taking this parable into the present day, what matters greatly to Israelis in 2018 is not the same as what matters to the rest of the world. The world at large is closely following the lead-up to an expected meeting between President Donald Trump and North Korean leader Kim Jong Un, as well as the declaration of the latter that he was suspending nuclear tests in North Korea for now. Alternatively, the world is closely following the strong blow that the Allies are dealing to Assad’s Syria.

But in Israel, the solemn-faced news commentators are busy analyzing and explaining something far more crucial.

Last week, the modern state of Israel celebrated 70 years since its establishment. The masses took to the streets and cheered for the state, preceded by a mass gathering on Mount Herzl, the traditional ceremony that launches the events of the day. Although as chareidi Jews we are perhaps participants in the government, we stand at a great distance from the jubilant celebrations.

Until now, this ceremony has been under the purview of the Knesset, and it was the Knesset Chairman who directed the celebrations and spoke at the ceremony. This time, for the 70th anniversary, the prime minister asked that he also be able to speak at the main ceremony. Knesset Chairman Yuli Edelstein, although afraid of Binyamin Netanyahu’s influence, at first refused the request. Ultimately, after much negotiation, the Knesset Chairman capitulated — he granted Mr. Netanyahu five minutes to speak at the event. And Mr. Netanyahu did as the poritz advised the heretic in the mashal: He took the microphone and said what he had to say. For 14 minutes.

The Left lost its mind. What impudence, what desecration of the ceremony, they howled in protest. Indeed, if there had been any issue remaining on which the divided public shared a consensus, that was lost this week, courtesy of either Mr. Netanyahu or the media, depending on whose point of view you agree with.

Those who side with the Left don’t need much reason to side with Mr. Edelstein. He — a former Prisoner of Zion in the Siberian gulag, who heroically withstood its massive challenges until his aliyah — had fallen in the face of a seasoned politician who simply stole the show from him, say those on the Left. (It makes no difference who or what is involved, they will always be on the side that opposes Bibi.)

On the other hand, say his supporters, Prime Minister Netanyahu has been serving as the head of the government for more than a decade. As honorable and prestigious as that is, it comes with a heavy price that he has paid and continues to pay. So doesn’t he deserve a few minutes in a positive light — once in a decade?! His supporters are surprised, and are incensed at Mr. Edelstein for not understanding this himself; for trying to poke a stick in the spokes of Mr. Netanyahu’s wheels.

Mr. Netanyahu’s moment in the sun reminds us of another story, the one about the hapless Rabbi who suffered humiliation and ridicule from the residents of his town. He continued to serve, however — and to suffer. Once, he complained to a friend, who suggested that the Rabbi retire from his position. “You are suffering so much,” he said, as if to justify himself.

Replied the Rabbi, “I don’t understand — isn’t kavod worth something to you?”

Sometimes, in the midst of the drubbings that the prime minister receives from nearly half of Israel’s population — weekly demonstrations, slander against him and his family, police investigations and more — it would seem that a regular person would forego all this and go home, it it meant that his detractors would finally leave him alone.

But what doesn’t one do for a bit of kavod?