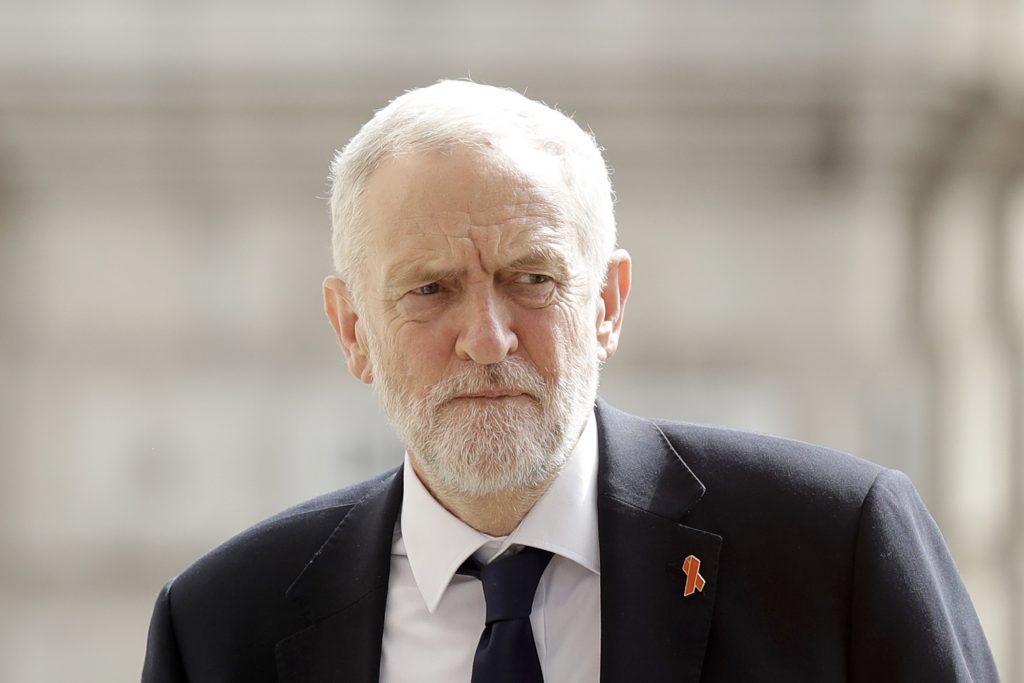 The British Jewish community went through an emotional rollercoaster Tuesday, when Labour Party leader Jeremy Corbyn published an apology for the “hurt and distress” to the community from anti-Semitism within his party, but then had a meeting with communal leaders that the latter described as disappointing.

Tuesday morning’s apology, printed in the Evening Standard, began by describing the longstanding relationship of the Jewish community in the U.K. to the Labour Party. It continued by acknowledging “the uncomfortable fact that a small number” of Labour members “hold anti-Semitic views and attitudes.” Corbyn said that these need to be “confronted and dealt with more rapidly and effectively” than has been the case until now. Having given some examples of Labour anti-Semitism, Corbyn went on to say that his party hasn’t done enough “to get to grips with the problem, and the Jewish community and our Jewish members deserve an apology. My party and I are sorry for the hurt and distress caused.”

Next, he discussed two particular aspects of anti-Semitism, setting out a distinction between anti-Zionism and anti-Semitism, saying that “individuals on the fringes of the movement of solidarity with the Palestinian people can stray into anti-Semitic views,” and touching on the issue of anti-Semitic tropes such as Jews controlling international finance.

Finally, Corbyn set out some proposals for what he and the Labour Party would do to address these issues. These included acknowledging the concerns of the community rather than dismissing them as ‘smears’ and engaging in “a program of political education to deepen…members’ understanding of what anti-Semitism is.”

He concluded by saying, “We cannot and will not fail our Jewish brothers and sisters now.”

This seemed to be a very promising start to the day. Some Jewish Labour supporters were very enthusiastic, feeling that this boded well for a meeting Corbyn was to have with two Jewish groups: the Board of Deputies and the Jewish Leadership Council. But other, more cynical people were inclined to say that words are cheap and they would wait for concrete commitments before becoming excited.

Unfortunately, it seems that the cynics were right.

The leadership of the two groups met with Corbyn on Tuesday afternoon with hopes that the afternoon’s meeting would be a productive one. However, following the meeting, Mr. Corbyn was the only person who thought this was the case. His statement described the meeting as “positive and constructive.” But a strongly worded statement issued jointly by the Board of Deputies and the Jewish Leadership Council described the two-hour meeting as “a disappointing missed opportunity.”

While acknowledging that they “welcomed Mr. Corbyn’s personal involvement in the discussion and his new comments recognizing and apologizing for anti-Semitism in the Labour Party,” the statement insisted that “words in letters and newspaper articles will never be enough. We welcome the fact that Mr. Corbyn’s words have changed, but it is action by which the Jewish community will judge him and the Labour Party.”

Citing last month’s “Enough is Enough” demonstration outside Parliament as expressing the community’s “hurt and anger about the level of anti-Semitism in the Labour Party, and Jeremy Corbyn’s failure to take strong action against it,” the statement then repeated the six areas of “concrete action” that “represent the minimum level” of expected action. These include adopting the International Holocaust Remembrance Alliance (IHRA) definition of anti-Semitism, “setting up a fixed timetable to deal with anti-Semitism cases” and “expediting the long-standing cases involving Ken Livingstone and Jackie Walker.”

Disappointingly, “Mr. Corbyn’s proposals fell short of [this] minimum level of action,” said the statement. “Our sole objective from this meeting was to build trust with Mr. Corbyn, but this will not be possible until and unless he and the party turn their many strong words against anti-Semitism into equally strong actions in order to bring about a deep cultural change in his supporters’ attitude to Jews.”

But the communal representatives did not turn their backs on Labour completely, pledging finally “to do our utmost to work with all those within Labour who want to help make it a safe and equal space for all of its members.”

Corbyn’s statement following the encounter seemed as if he had been at a different meeting. He thanked the organizations for “a positive and constructive meeting about tackling anti-Semitism” and said that he was “absolutely committed to rooting out anti-Semitism from our party and our society.” He repeated in the main points of his Evening Standard apology and concluded by promising to “lay out the further steps we are taking in the coming weeks,” and that his party “will not fail our Jewish brothers and sisters.”