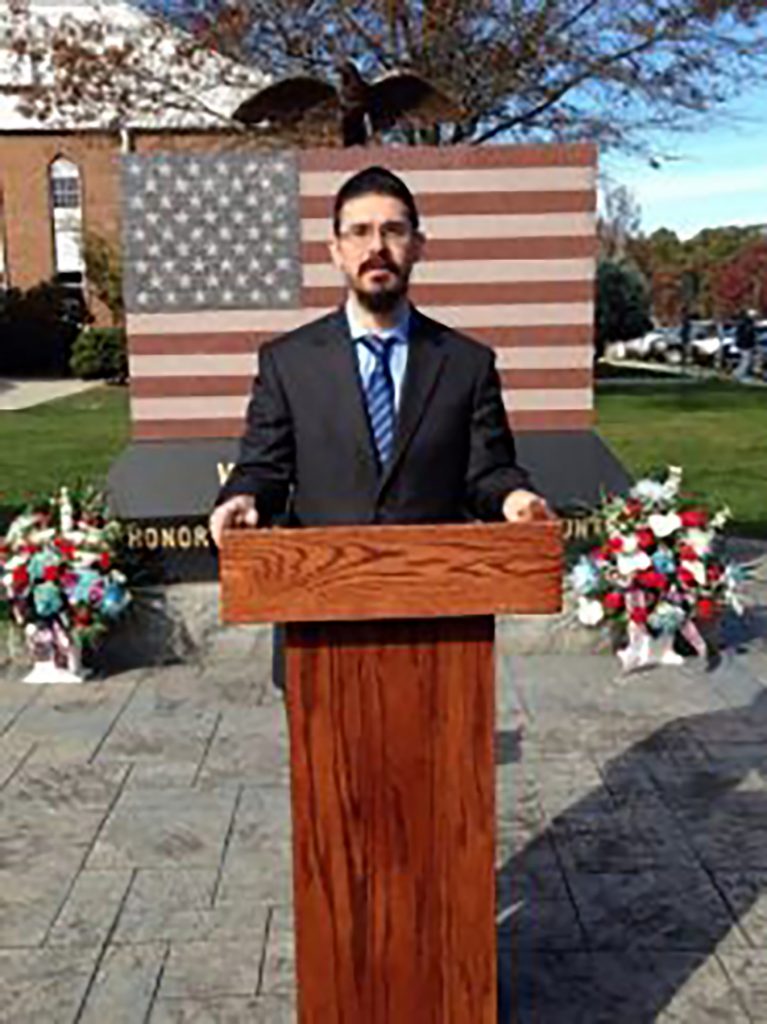 Chabad of Toms River can continue to function out of Rabbi Moshe Gourarie’s home, according to a Federal Court ruling. The decision settles a two-year dispute born amidst tensions between some of the town’s residents and leaders and a growing population of Orthodox Jews who have settled there.

In addition to striking down several violations which Judge Freda Wolfson ruled contradicted the Religious Land Use and Institutionalized Persons Act (RILUPA), the Fair Housing Act and the First and Fourteenth Amendments to the United States Constitution, the judgment also ordered Toms River to pay $122,500 to Rabbi Gourarie, which will mostly go to cover legal fees.

“This ruling helps to establish that one is free to worship in his own home free from excessive government restrictions; that’s a Constitutional right that needs to be protected,” Roman Sorzer, of Storzer and Greene law firm, who represented Chabad, told Hamodia.

The Chabad Jewish Center has existed in Toms River for more than 14 years, operating out of the Gouraries’ private residence. It first met with zoning violations in 2014, which charged Rabbi Gourarie with operating a “house of worship” in a residential zone, requiring a special waiver from the township.

In December of 2015, more than 1,200 Toms River residents turned out for a zoning board hearing regarding the Chabad House, at a time when the growing presence of Orthodox Jews in the town’s North Dover section, which borders Lakewood, had attracted open hostility from some residents. Though the Chabad is located in another section of Toms River, the issue of zoning for a Jewish institution was associated by many residents with the broader issue of a growing Orthodox presence in the town.

At the meeting, Rabbi Gourarie’s testimony was met with open hostility by many in attendance, some calling him a “liar” and others posing questions unrelated to the land ordinance, such as questions about his personal sources of income.

In 2016, Rabbi Gourarie filed a Federal civil rights suit against the township, arguing that anti-Semitic hostility was the motivation for its insistence on a variance for the Chabad center. Additionally, he argued that the services he holds for 10 to 20 people on Shabbos, and some weekly classes, are not enough to legally classify the property as a house of worship.

The suit quoted extensively from anti-Jewish comments — made especially in online posts, regarding the growing presence of Orthodox residents in the town — as a means of backing up claims of bias.

Shortly after the suit was filed, the U.S. Justice Department launched an investigation into Toms River’s land use and zoning practices, focusing on its actions relating to the Chabad House. The investigation has now been formally closed following Judge Wolfson’s decision.

The ruling, which was issued on February 5 but first garnered public attention last week, allows the Chabad House to function as it has up until now. It does place several restrictions relating to parking and the number of people who can attend services or other functions held at the Gouraries’ home.

Rabbi Gourarie told Hamodia that the restrictions would not impede his work, as he usually uses other facilities for events at which he expects to draw a larger crowd.

The case had been in mediation for some time, prior to the judgment.

A request from Hamodia to Toms River officials for comment on the matter was not returned.

Assistant Township Attorney Anthony Merlino was quoted in the Asbury Park Press as saying that the extensive record of anti-Semitic statements on social media had “created a presumption that the proceedings before the zoning board were tainted.”

He added that the settlement amount was “minimal” compared to the large sums other towns have been ordered to pay in similar cases, and that continuing to fight the suit could have cost far more and could have had a “devastating budgetary impact” on Toms River.

The ruling follows a recent trend of government and judicial pressure on townships suspected of using zoning restrictions to limit the growth of Orthodox communities in New York and New Jersey. In 2016, another ruling by Judge Wolfson allowed construction of a yeshivah in Ocean Township. More recently, the towns of Mahwah and Jackson moved to settle lawsuits against them over the construction of eruvin and schools amid investigations and suits from the state attorney general’s office.

New Jersey director for Agudath Israel of America, Rabbi Avi Schnall, told Hamodia that the ruling would have wide implications for Orthodox Jews around the country.

“It’s a tremendous victory,” he said. “Now, there are no longer questions if one is allowed to have a minyan in one’s home. The next time a municipality decides to give somebody a hard time about it, you have a Federal court saying clearly that you have a right to do so.”

Rabbi Moshe Zev Weisberger of the Lakewood Vaad and Mrs. Chanie Jacobowitz of Beth Medrash Gevoha each issued statements welcoming the ruling’s prioritization of religious liberty and calling on other municipalities to settle similar issues through more diplomatic means.

Rabbi Gourarie said that the ruling would allow him to “continue doing what we have been doing, without distractions.”

He felt that, in general, tensions in the town had died down considerably since the lawsuit was first filed and hoped that the trend would continue.

“As people have gotten to know their neighbors, a lot of people have realized that their fears were unfounded…Now that this is settled, I’m sure [tensions] will lessen even more and we can all live in peace and tranquility.”