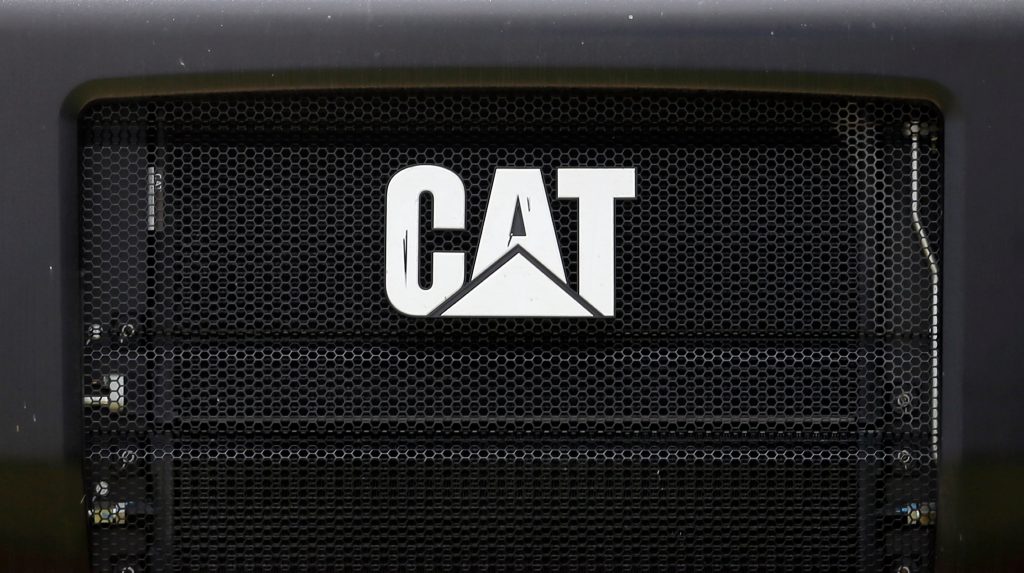 Caterpillar began the day euphorically, with shares rallying as the machinery giant beat earnings estimates and raised its own forecast. That all changed when management signaled that the first quarter might be as good as it gets.

In its earnings statement, the biggest maker of construction and mining equipment lifted its 2018 profit projection by as much as 24 percent, and flagged continued strength for construction in North America and infrastructure in China. But on the call that followed, Chief Financial Officer Brad Halverson said that first-quarter adjusted profit per share “will be the high watermark for the year.”

While the prospect of costs rising faster than prices will restrain earnings growth, Chief Executive Officer Jim Umpleby said he isn’t concerned about a peak in the growth cycle.

First-quarter results beat analysts’ estimates on sales and earnings, as demand for the signature yellow machines accelerates. The company raised its forecast in a sign that industries from mining to energy are gaining momentum amid a stronger global economy — assuming no trade wars.

The company’s results underscore its importance as a bellwether of global growth.

Last week, the IMF predicted that the world economy’s strongest upswing since 2011 will continue for the next two years. Caterpillar is forecasting benefits from a broadening recovery in mining and construction. The outlook comes after worries of a trade war at the start of the year caused Caterpillar shares to have their worst quarterly performance since 2015.

“Every end market was weaker a year and a half ago, and since then we’ve had markets popping back up,” Rob Wertheimer, an analyst at Melius Research, said in an interview in New York before the earnings report. “There’s actually strength in a lot of these markets now, but we’re not yet at a point where we’re fearing there’s a peak.”

The Deerfield, Illinois-based company expects adjusted per-share earnings for 2018 of $10.25 to $11.25, Caterpillar said in the statement. That compares with the $8.25 to $9.25 range that the manufacturer projected in January, and the $9.27 a share average of analysts’ estimates compiled by Bloomberg.

The outlook assumes continued global economic growth, Caterpillar said. Any potential impacts from future geopolitical risks and increased trade restrictions have not been included in the outlook.

The International Monetary Fund left its forecasts for global growth this year and next at the 3.9 percent it estimated in January. Beyond that horizon, it was more pessimistic, projecting that global growth will fade as central banks tighten monetary policy, the U.S. fiscal stimulus subsides and China’s gradual slowdown continues. The IMF warned the expansion could be derailed if countries resort to tit-for-tat trade sanctions.

Several analysts have raised their ratings on Caterpillar recently, with Citigroup Inc. this week saying that increased capital returns and better Chinese economic data will underpin the stock in the next six to 12 months.