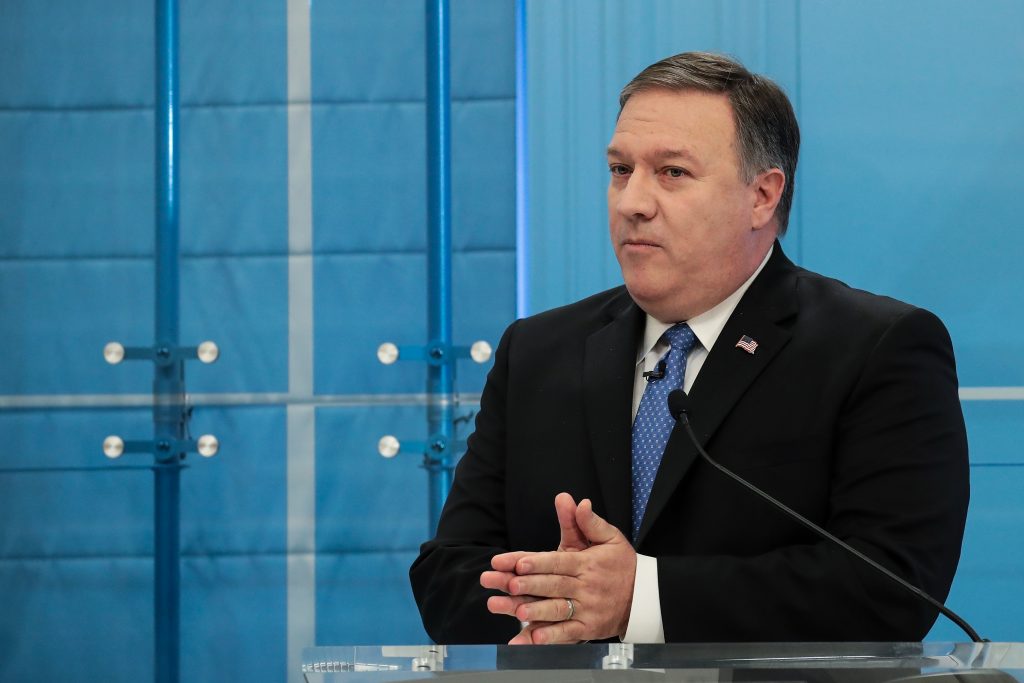 President Donald Trump’s nominee for secretary of state, Mike Pompeo, is facing serious opposition before the Senate Foreign Relations Committee, which may not have enough votes to recommend him for confirmation because all Democrats, and at least one Republican, have said they will oppose him.

The full Senate is still expected to consider Pompeo’s nomination later this week. But the rare rebuke expected from the panel Monday, even after Pompeo’s recent visit with North Korean leader Kim Jong Un, would be the first time in years that a nominee for the high-level Cabinet position did not receive a favorable committee vote.

Sen. Bob Corker, R-Tenn., the chairman of the committee, blamed partisan politics for opposition to Pompeo, now the CIA director, saying Pompeo is just as qualified as past secretaries of state nominees Hillary Clinton or John Kerry, both of whom received overwhelming support.

“We are in an era where somebody like this, who is qualified, unfortunately, is likely to be voted out without recommendation or with a negative recommendation,” Corker said Sunday on “State of the Union” on CNN. “It’s just sad that our nation has devolved politically to this point.”

White House spokeswoman Sarah Huckabee Sanders called on Democrats to support Pompeo Monday, saying on Fox News: “At some point Democrats have to decide whether they love this country more than they hate this president.”

Pompeo’s confirmation before the full Senate now hangs in balance, with the votes of just a handful of senators determining whether he becomes the nation’s top diplomat after Trump fired Rex Tillerson last month.

Key Democrats, including some who had voted for Pompeo as CIA director last year, are peeling away, and Republican Sen. Rand Paul of Kentucky remains opposed, despite personal overtures from the president.

Pressure is mounting on senators from both sides. White House allies are unloading ad campaigns against Democrats from Trump-won states, including North Dakota, Indiana and Missouri, to vote for the president’s nominee. But progressive groups are pounding senators’ offices in opposition to Pompeo’s hawkish foreign policy views and negative comments about Muslims. As soon as Sen. Heidi Heitkamp, D-N.D., announced her support last week, one group called on her to switch.

“I don’t agree with every position he’s taken or every word he has spoken,” Sen. Susan Collins, R-Maine, said Sunday on “Meet the Press” on NBC. “But I believe he has an extensive knowledge of world affairs that has been enhanced by his time at the CIA.”

Sen. Maggie Hassan, D-N.H., who met with the nominee last week, “has concerns about Mr. Pompeo’s nomination to serve as secretary of state,” said spokesperson Ricki Eshman. The senator “is reviewing his record before making a final decision.”

In the committee, the opposition has been building ahead of Monday’s session.

Sen. Chris Coons, D-Del., who was among the last Democrats on the panel to announce his no vote, said he is concerned that Pompeo “will embolden, rather than moderate or restrain” Trump’s “most belligerent and dangerous instincts.”

“I do not make this decision lightly or without reservations,” Coons said in a statement Friday. “However, I remain concerned that Director Pompeo will not challenge the president in critical moments. On vital decisions facing our country, Director Pompeo seems less concerned with rule of law and partnership with our allies and more inclined to emphasize unilateral action and the use of force.”

Rather than allow an unfavorable vote on the panel, where Republicans have a one-seat majority, senators could choose not to issue a recommendation if Pompeo cannot find enough backing.

The committee action won’t necessarily stall Pompeo’s confirmation before the full Senate, but it would be an unusual setback not seen since the panel took a pass on John Bolton, President George W. Bush’s pick for ambassador to the United Nations.

Sen. Tom Cotton, R-Ark., who has been among Pompeo’s most vocal champions in the Senate, lambasted his colleagues ahead of voting.

But several Democratic senators who supported Pompeo for CIA director say Pompeo’s views are not reflective of those they want in the top diplomat.