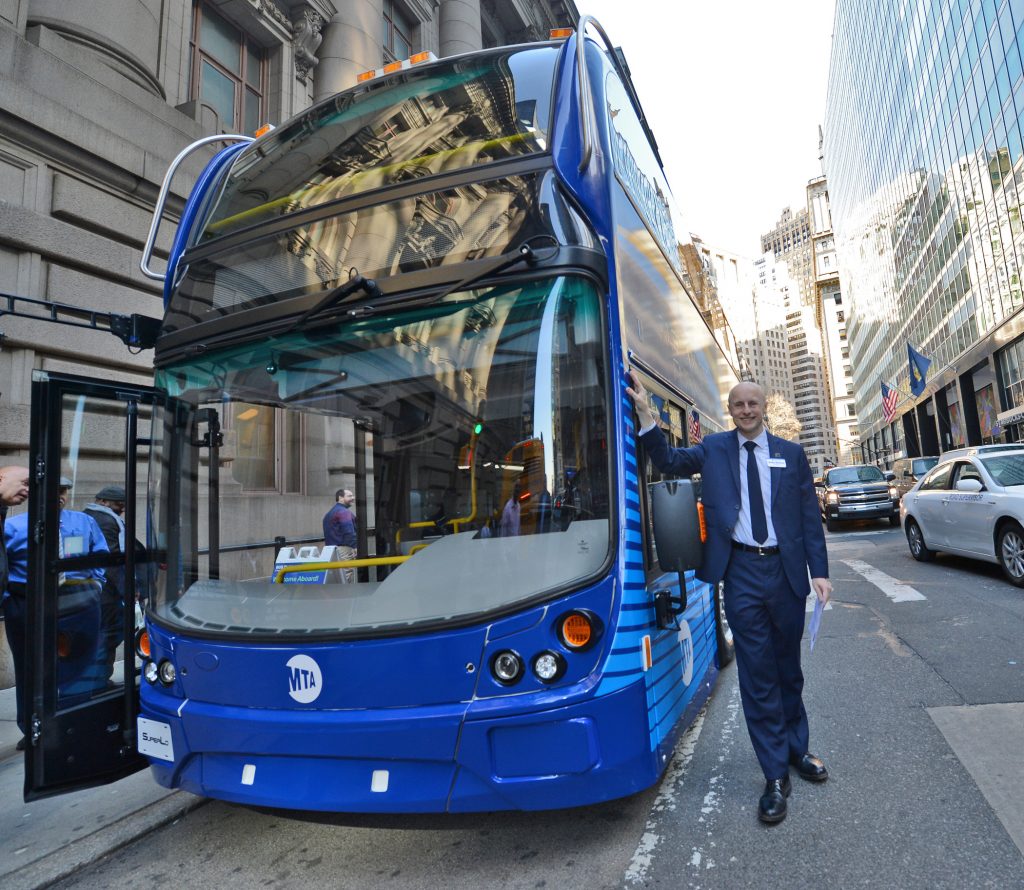 MTA New York City Transit released on Monday a comprehensive plan to redesign bus service on a system that provides more than 2 million rides across 326 routes on a fleet of over 5,700 buses each weekday.

As part of the overhaul, NYC Transit will undertake a complete review of the city’s bus network, and will redesign the bus lines based on rider input, changing demographics and analysis of travel demand. NYC Transit and the NYC Department of Transportation will also expand exclusive bus lanes, as well as bus-arrival-time signs at bus stops and traffic-signal priority for buses.

To speed boarding times, NYC Transit will seek to implement electronic tap-to-pay readers, which will also allow for boarding at both front and back doors. The MTA had previously announced that it will be implementing new payment options on buses and trains in mid-2019, and will completely phase out the Metrocard by 2023.

New buses are also on the way: The plan will seek to expand use of all-electric buses – 10 of which are already being used in a pilot program – and will soon begin testing a double-decker bus on a Staten Island route.

“This plan ensures that all our bus operations now and far into the future are customer-centric and nimble enough to adapt to the changing city,” said Darryl C. Irick, MTA Bus Company President and NYC Transit Department of Buses Senior Vice President.

Byford and Irick will discuss the new plan on Twitter Thursday, from noon to 1:00 p.m., on the @NYCTBus handle.