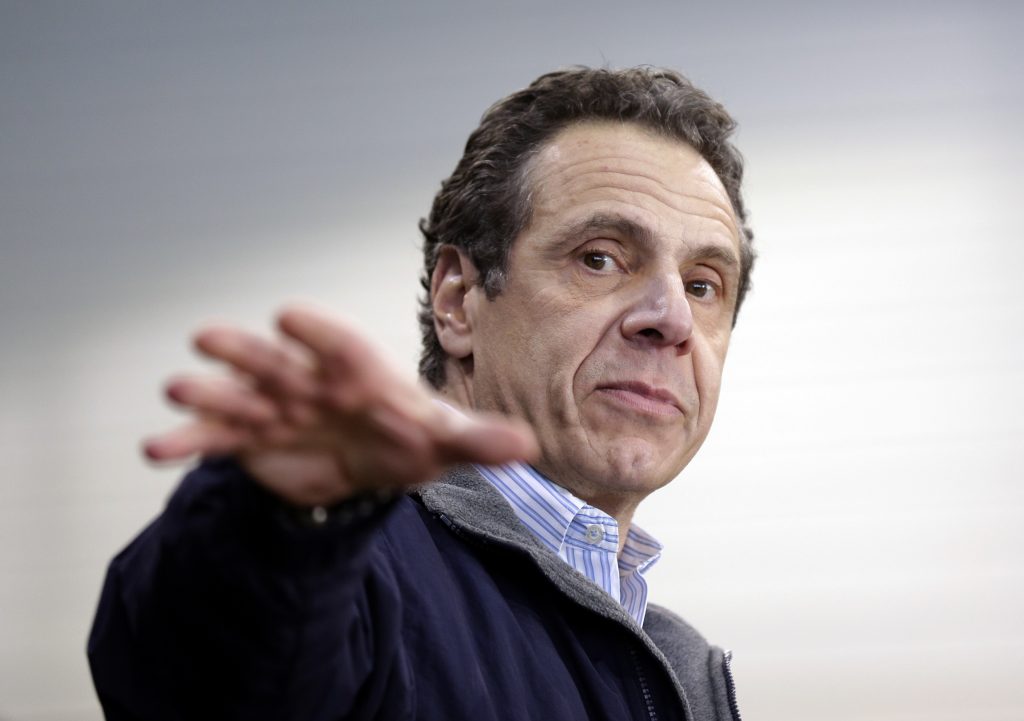 A year after rejecting a New York City law taxing single-use plastic bags, Gov. Andrew Cuomo on Monday threw his support behind an even more ambitious proposal — a complete statewide ban on all plastic carryout bags.

The issue does not cut across regular political lines — the state Senate has vetoed it in the past while the Assembly allowed several postponements to the New York City tax. But Mr. Cuomo’s bill is expected to pass the Assembly and face an uphill battle in the Senate.

Sen. Simcha Felder, who holds a controlling vote in that chamber, has waged a decade-long fight to prevent the bag ban from passing.

Cuomo presented the bill on environmental grounds, saying in a statement that its “blight” takes a “devastating toll on our streets, our water and our natural resources.”

Cuomo’s new proposal came on the same day that his Democratic primary opponent Cynthia Nixon joined hundreds of New Yorkers at an environmental rally outside the state capitol, a wire service reported. Environmental groups have pushed Cuomo to adopt a statewide ban after he and lawmakers last year blocked a proposed plastic bag fee from taking effect in New York City.

The bill emerged from a task force’s recommendations earlier this year, which ranged from banning the bags outright to doing nothing.

The bill would exempt garment bags, trash bags and any bags used to wrap or contain certain foods, such as fruits and sliced meats, and would go into effect on Jan. 1, 2019, if passed.

In addition to the legislation, the state will undertake an education and outreach campaign to increase consumer awareness of single-use bags and their harmful impact on the environment. Education efforts will also seek to educate consumers of the impact plastic bags have on the environment and the waste stream, and promote use of reusable bags.

“Bans tried elsewhere have made it harder for families to pay for groceries while also incentivizing shoppers to use bags that are worse for the environment than 100 percent recyclable, highly reused plastic retail bags,” Seaholm said in a statement.