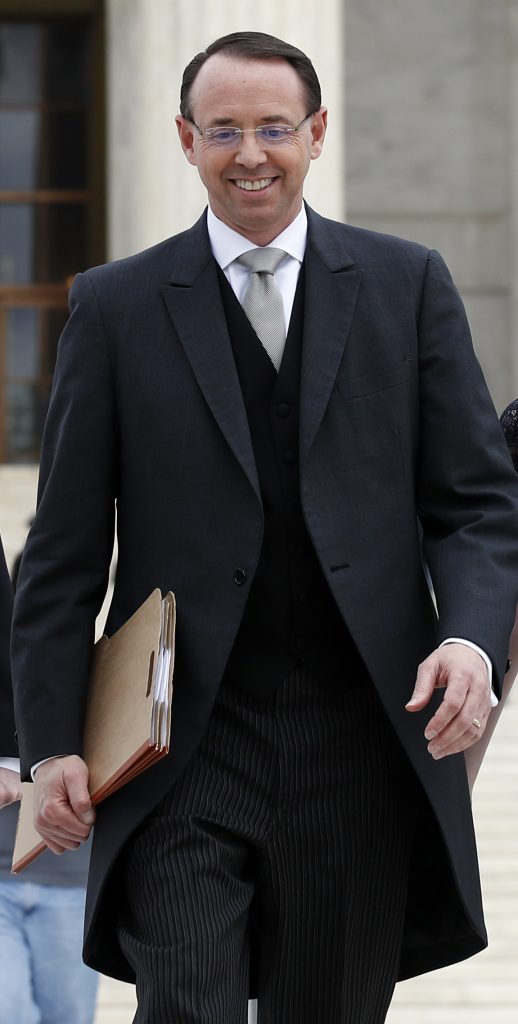 Only for embattled Deputy Attorney General Rod Rosenstein could a half hour of tough questioning from U.S. Supreme Court justices be seen as a break from his stressful day job.

That is what happened on Monday for Rosenstein, who oversees Special Counsel Robert Mueller’s investigation into Russia and the 2016 U.S. election, and has been frequently criticized by President Donald Trump.

Rosenstein, the Justice Department’s No. 2 official, argued on behalf of Mr. Trump’s administration in a case involving the sentencing of a legal immigrant from Mexico on drug-related charges.

Dressed in the traditional long-tailed jacket that government lawyers wear at the high court, Rosenstein tussled with the justices over convicted drug dealer Adaucto Chavez-Meza’s bid to reduce his sentence by six months. It was the experienced prosecutor’s first argument at the high court.

Rosenstein appeared comfortable, occasionally looking down at his notes, as he parried tough questions from both ideological wings of the court.

Liberal Justice Elena Kagan and conservative Chief Justice John Roberts were among those who expressed some doubts about Rosenstein’s argument. It was not clear how the court will rule, with a decision due by the end of June.

It is not uncommon for senior Justice Department officials to ask the administration’s regular Supreme Court lawyer, the solicitor general, if they can argue a case. Among those who have done it in the past is James Comey, the former FBI director who Trump fired last year. Comey argued a 2004 case as deputy attorney general under former President George W. Bush.

Only eight of the nine justices participated in the case. Rosenstein’s fellow Trump appointee Neil Gorsuch recused himself, likely because the case arose from the Denver-based 10th U.S. Circuit Court of Appeals on which he formerly served.

Though minor, the case fit in well with the administration’s get-tough approach on immigration. Chavez-Meza, 25, worked with the Mexico-based Sinaloa drug cartel and was arrested in New Mexico in 2012.

On Wednesday, the justices will hear a much bigger immigration-related case involving the legality of Trump’s travel ban targeting people from several Muslim-majority countries.