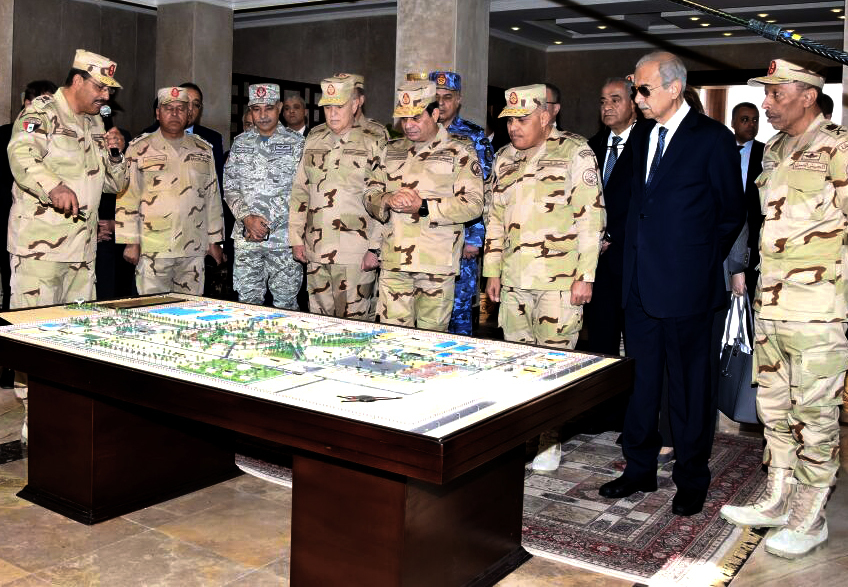 An Egyptian military campaign to defeat Islamic State terrorists in the northern Sinai Peninsula is choking essential food and medical supplies to thousands of residents in the desert region, Human Rights Watch said on Monday. The army denied the charge.

The New York-based organization warned of a wider humanitarian crisis if North Sinai continued to be cut off from the Egyptian mainland, saying the army’s actions “border on collective punishment”.

The army launched an operation in February to crush jihadists who have waged an insurgency that has killed hundreds of soldiers, police and residents over many years.

Air-strikes and raids have killed scores of suspected terrorists since then, the military says, as it imposes curfews and tight movement restrictions around towns in North Sinai. The army has said it is winning the battle.

A military spokesman denied there were shortages, saying it was providing food and medical support throughout the areas it operated in. The HRW report had used “undocumented sources” in its report, he said.

“Thousands of food parcels have been and are being provided to people in North Sinai,” Colonel Tamer al-Rifai, the spokesman, added.

International news outlets are prevented from traveling to North Sinai to report.

Residents said food supplies, medicine and fuel were insufficient and that movement restrictions meant most people were unable to leave the region, HRW reported.

“A counter-terrorism operation that imperils the flow of essential goods to hundreds of thousands of civilians is unlawful and unlikely to stem violence,” HRW’s Middle East and North Africa director Sarah Leah Whitson said.

The report said authorities had banned the sale of petrol and cut communication lines, water and electricity in some areas of North Sinai including near the border with the Gaza Strip.

Residents told Reuters last month that they often waited for hours for bread handouts which were not guaranteed to arrive.

Defeating Islamists and restoring security after years of unrest that followed Egypt’s 2011 popular uprising has been a promise of President Abdel Fattah al-Sisi, who was re-elected in March in a landslide victory against no real opposition.

Sisi’s critics say he has presided over Egypt’s worst crackdown on dissent. Supporters say such measures are needed to bring stability and improve the country’s hard-hit economy.

In Sinai, analysts and foreign diplomats say heavy-handed military tactics including air strikes and demolitions of populated areas have failed to beat the Islamist insurgency.