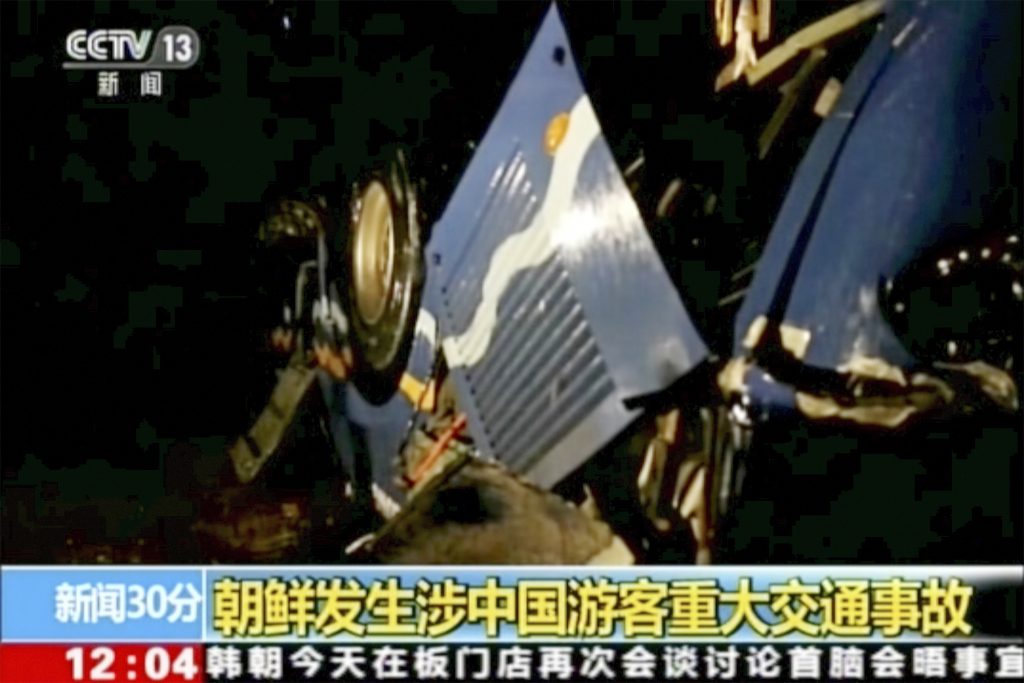 Chinese tourists make up about 80 percent of all foreign visitors to North Korea, says a South Korean think-tank, the Korea Maritime Institute, which estimates that tourism generates revenue of about $44 million each year for the isolated country.

Chinese diplomats have rushed to the scene of Sunday’s accident in North Hwanghae province, the Foreign Ministry said.

State media’s main Chinese-language news channel showed images of a crashed blue bus with its wheels in the air, in footage taken in pouring rain in the dark.

It showed at least one person being treated in hospital, but gave no details of casualties.

Chinese Foreign Ministry spokesman Lu Kang told reporters he could not give additional details of the accident, such as what happened and the total number of people on the bus, as an investigation was underway.

In a separate statement, China’s Health Ministry said it was sending a team of medical experts, along with equipment and drugs, to North Korea, to help treat survivors.

The North Hwanghae Province that borders South Korea is home to Kaesong, an ancient Korean capital thronged by tourists.

North Korea is a popular, if offbeat, tourist destination for Chinese, especially those from the country’s northeast.

China is North Korea’s most important economic and diplomatic backer, despite Beijing’s anger at Pyongyang’s repeated nuclear and missile tests and support for strong United Nations sanctions against North Korea.

North and South Korea are in the final stages of preparations for a summit between North Korean leader Kim Jong Un and South Korean President Moon Jae-In at the border truce village of Panmunjom on Friday.