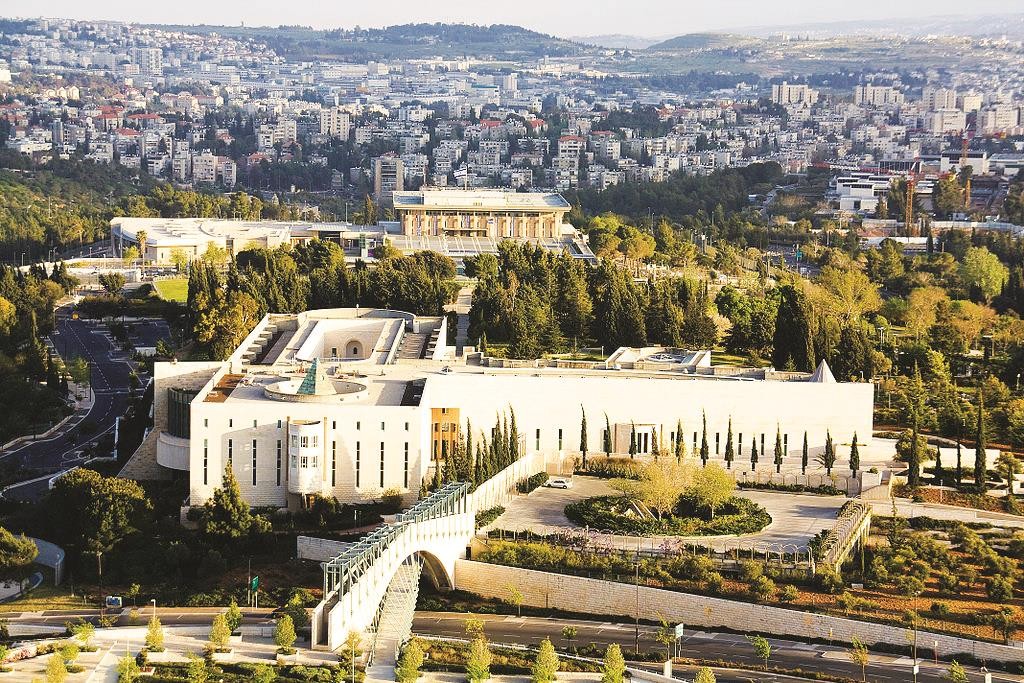 Several thousand people protested Motzoei Shabbos in support of the High Court and against a proposed “override power” that would allow the Knesset to legislate measures, despite court decisions. The protest was led by MKs from the Zionist Union. Avi Gabay, chairman of the party, said that “the court belongs to the people and serves the people. We cannot let harm come to it.”

At the protest, dozens of people held hands and created a human chain around the court building as a symbol of the people’s protection of its establishments.

The government last week discussed the possibility of legislating a measure that would enable the Knesset to pass laws that disagree with the opinion of the High Court. As things stand now, laws that the Knesset passes often get struck down by the court after those opposed to the laws petition against them, forcing MKs to develop new laws that they hope will pass the court’s test.

So far, the Knesset has taken to reversing these decisions on a case-by-case basis – for example, it is trying to draft a fourth law regulating drafting of yeshivah students after the court struck down the last three laws passed by legislators. Under a proposed “override law,” the Knesset would declare that it has the right to pass laws without regard for the court’s opinion.

Several models for the measure have been proposed, as similar laws exist in many Western countries. One popular model is the “Canadian model,” in which the Knesset, in the event the court struck down a law, would pass a second law that would remain extant for five years before the court could rule on it again.

Opposing the idea also was former High Court justice Elyakim Rubinstein, who told Army Radio that “the High Court can make mistakes, but what is going on here is demonization. Around the world, the court is one of Israel’s greatest inventions – it protects minorities and the weak. Despite the furor, the court is very conservative in its decisions.” Contrasting with Rubinstein’s opinion was that of Attorney Nadav Haetzni, who, writing in Maariv Monday, said that “the airwaves have been full of officials and former judges providing sage advice on how we are being misled on this issue. They are using all the ‘scare tactics’ available in order to prevent passage of this law. There is no red line they are willing to cross in order to push their agenda.”