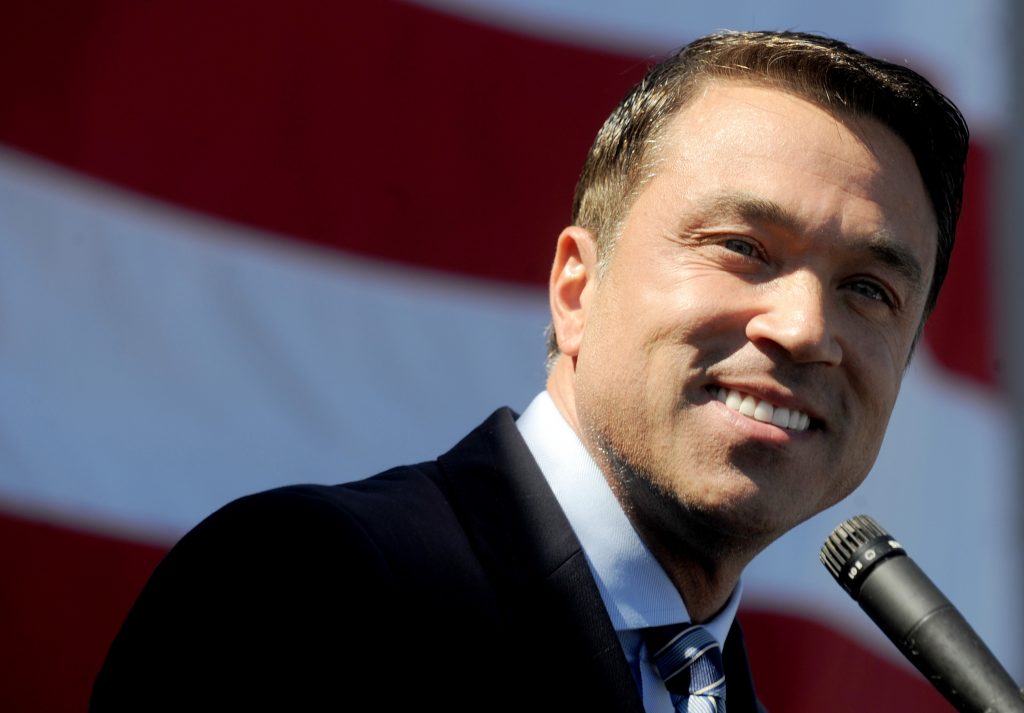 Ex-congressman — and ex-con — Michael Grimm leads Donovan by 10 percentage points in the Republican primary in the district that covers Staten Island and part of southern Brooklyn, says a new poll.

Grimm is at 49 percent and Donovan at 39 percent among GOP voters, according to a poll by the Democratic Congressional Campaign Committee, which hopes to flip the seat.

Grimm’s ex-GOP constituents on Staten Island are especially willing to overlook his criminal record — they favor him over Donovan by 11 points, the Democrats’ poll says.

The poll is “consistent with our own internal analysis,” Grimm said.

Donovan’s camp ripped the results. “Of course the DCCC is desperate for Michael Grimm because they know he has zero shot of winning in November,” said campaign spokeswoman Jessica Proud.

Grimm, an ex-FBI agent, cruised to re-election in 2014 even as he faced a 20-count federal indictment for mail, wire and health care fraud, among other charges.

After Grimm resigned, former Staten Island District Attorney Donovan took the seat in a special election in 2015. Donovan won a full term in 2016.

Grimm was released from prison a year ago, and announced his candidacy for his old seat in October. He rips Donovan as not enough of a conservative or friend to President Donald Trump.

Republican voters like his message, the Democrats’ poll shows. A whopping 67 percent of voters approve of Grimm’s job performance as congressman, and just 18 percent disapprove, the poll found.

That’s better than Donovan, of whom 47 percent of Republican voters approve and 27 percent disapprove.

The DCCC is pushing candidate Max Rose, who, like Grimm, is a combat veteran.

Despite Grimm’s popularity with GOP voters, Democrats would rather run against him and his felony record in the November election.

The poll surveyed 404 likely 2018 Republican primary voters from April 9 to April 11. The margin of error is 4.9 percent.