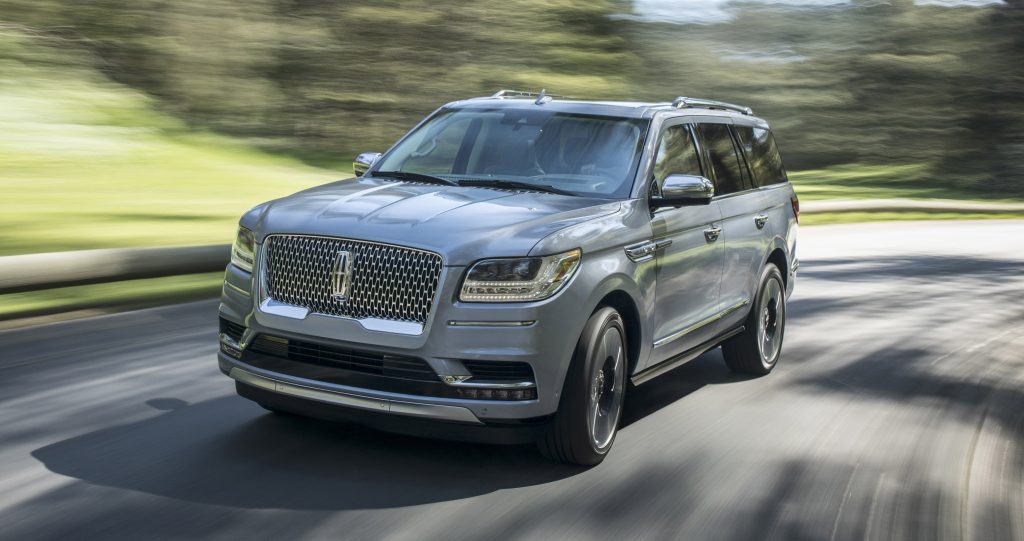 Automakers based in Detroit or Dearborn have built nearly one of every three large luxury SUVs sold this year. And orders for the Lincoln Navigator and Cadillac Escalade continue to roll in.

The segment is growing more than six times faster than light vehicles.

Lincoln is unable to fill the orders as fast as they come in, so the company doesn’t have a clear picture of the Navigator’s full potential.

“These two truck-based SUVs are really at the heart of what Detroit has done well,” said Brian Moody, executive editor of Autotrader. “Big trucks, lots of power. Five years ago, I thought Lincoln wasn’t ever going to get it. I feel like someone finally said, ‘We’ve got to stop chasing other people and be who we are.’ In life, isn’t that always the best advice?”

Ford and General Motors make an even higher return on their investment because the companies produce full-size trucks that share a platform and mechanical components with the SUVs.

“The luxury SUV was originally a product of Detroit. Now they’re standing their ground and digging in their heels,” said Dave Sullivan, a product analysis manager at AutoPacific Inc. “It’s just not something any Asian or European brand could pull off. They just can’t get away with some of the more brash, in-your-face, larger-than-life styling that the Detroit brands do.”

During the first three months of 2018, shoppers purchased 40,521 large luxury SUVs, up from 36,008 a year earlier. Escalade grew 8 percent growth while Navigator rose 63 percent. With the addition of the Range Rover Velar, Land Rover sales rose 39 percent in the large luxury SUV segment. The Infiniti QX80 is the only other model experiencing an increase, at 5 percent.

At the same time, sales have fallen for the Mercedes GLS, Lexus LX, Range Rover and Range Rover Sport.

The Detroit 2 appear to be getting stronger.

“Since the Ford F-150, Chevrolet Silverado and GMC Sierra are such high-volume products and economies of scale are easily achieved, this gives the American automakers a significant advantage over the competition when it comes to research and development,” said Jessica Caldwell, executive director of data strategy at Edmunds.

With “full credit to Lincoln,” the Navigator launch has focused attention on the full-size luxury SUV segment and Escalade has benefited, said Jim Cain, senior manager of sales reporting at General Motors. Anytime there’s growth in luxury, it reflects overall consumer confidence in the economy, he said.

“The redesigned Lincoln Navigator is the hot new vehicle for shoppers who like their SUVs large, luxurious and eye-catching, which is a problem for the long-reigning champion in that category, the Cadillac Escalade,” Caldwell said.

“While Cadillac is working hard to shift their development from cars to SUVs, the new Lincoln SUVs have gained an edge quickly and pose a much larger threat to the burgeoning Cadillac utility lineup than anticipated.”

Now Cadillac is offering $10,000 discounts to Escalade owners through May 2018 to “keep them in the family,” Cain said. The sum is considered notable and comes in the last year of production for the current model of Escalade.

General Motors is watching Navigator carefully. One analyst compared the intense competition to the legendary battle between the Ford Mustang and Chevy Camaro.

Adam Jonas, head of global auto research for Morgan Stanley, estimated that the Escalade creates about $1 billion in profit for GM annually.

No question, Navigator is attracting customers from competitors.