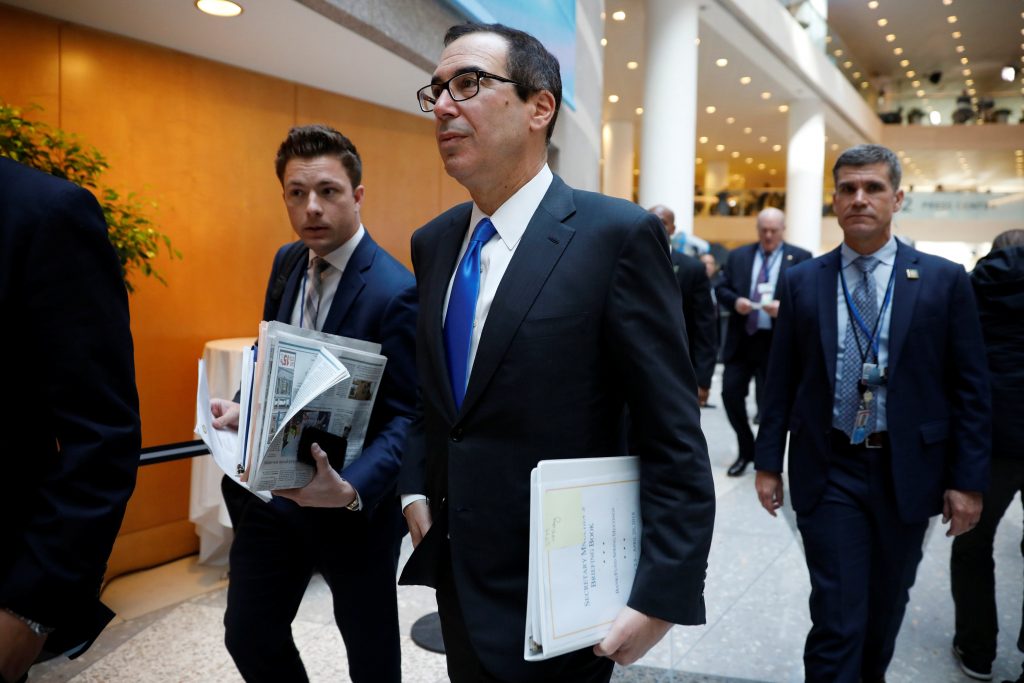 China on Sunday said it welcomed plans by top U.S. officials to visit the country to discuss trade and economic issues, amid tensions between the world’s two largest economies.

“The Chinese side has received information that the U.S. side hopes to come to Beijing to discuss economic and trade issues. China welcomes this,” a short statement on the Commerce Ministry’s website said.

U.S. Treasury Secretary Steven Mnuchin said on Saturday he was continuing to have discussions with his Chinese counterparts to try to resolve the differences over trade, and said he may travel to China.

“I am not going to make any comment on timing, nor do I have anything confirmed, but a trip is under consideration,” Mnuchin said.