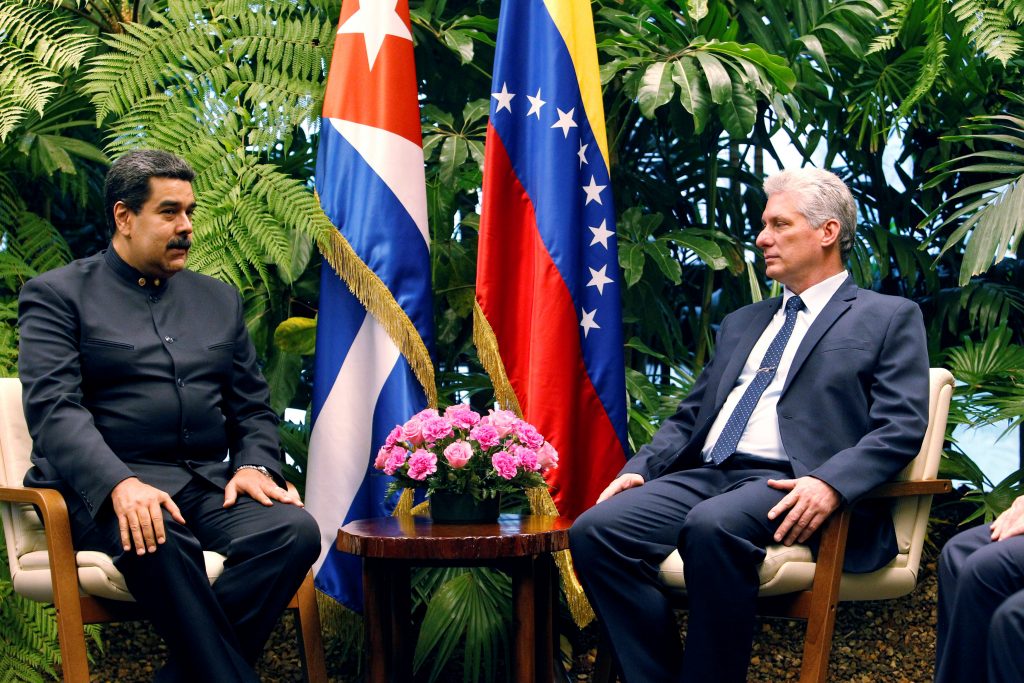 Venezuelan President Nicolas Maduro became on Saturday the first foreign leader to meet with Cuba’s Miguel Diaz-Canel since he became president of the communist-run island this week, underscoring the importance of the Venezuelan-Cuban alliance.

Diaz-Canel, 58, was sworn in on Thursday as president to succeed his mentor Raul Castro, 86, in a transition designed to continue rather than change the one-party socialist system, one of the last in the world.

Maduro flew to Havana the following day to congratulate him and map out further cooperation between the two countries that became strategic allies in 2000 with the rise to power in Venezuela of socialist leader Hugo Chavez.

“We come to renew hope, to renew dreams and … above all, to visualize the 10 years ahead,” Maduro told Cuban state-run media shortly before meeting with Diaz-Canel in the Palace of the Revolution.

Venezuela, which holds the world’s largest oil reserves, exchanges oil for Cuban medical and other technical services, although deliveries have dropped over the past few years, hurting Cuba’s already struggling economy.

In a change from official events during the nearly 60 years that the Castro brothers led Cuba, Diaz-Canel’s wife Lis Cuesta attended the welcome ceremony at the Palace of the Revolution as first lady.

Raul Castro was a widower when he took over as leader in 2008 from his older brother, Fidel Castro, who was guarded about his private life.

Cuban state-run media also reported on Saturday that Russia’s President Vladimir Putin had spoken by phone with both Diaz-Canel and Castro, who will remain head of the ruling Communist Party until 2021.

Putin, who has overseen increased Russian trade with Cuba over the last few years, confirmed Russia’s willingness to help the country modernize its old Soviet-style centrally planned economy, according to Cuban state media.

Some analysts have argued that U.S. President Donald Trump’s partial rollback of the U.S.-Cuban detente has pushed the island towards strengthening its alliances with Russia, against the security interests of the United States.

A White House official said on Thursday, however, that the Trump administration did not see Cubans gaining greater freedoms under Diaz-Canel and that it therefore had no plan to soften its policy toward the island’s government.

The governments of Cuba and Venezuela see themselves as united against what they often denounce as U.S. “imperialism.”