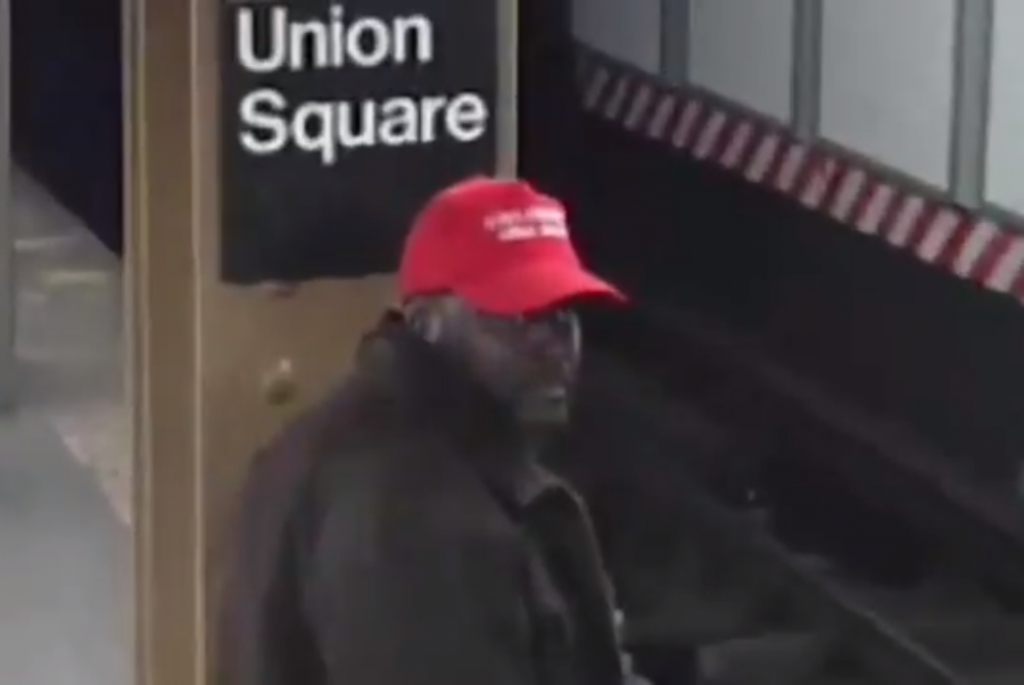 Police are looking for a man wearing a “Make America Great Again” hat and shirt who pushed another man onto New York City subway tracks while shouting anti-Hispanic slurs at him.

The assault happened Friday evening at Manhattan’s Union Square subway station. Police say the attacker — a heavyset black man wearing items with President Donald Trump’s campaign slogan on them — directed anti-Hispanic slurs at the victim while both men were on a train.

They say he then followed the victim off the train, punched him in the head and pushed him onto the tracks.

The victim was helped back onto the platform by a friend and another person. He was treated for a cut to his head at a hospital.