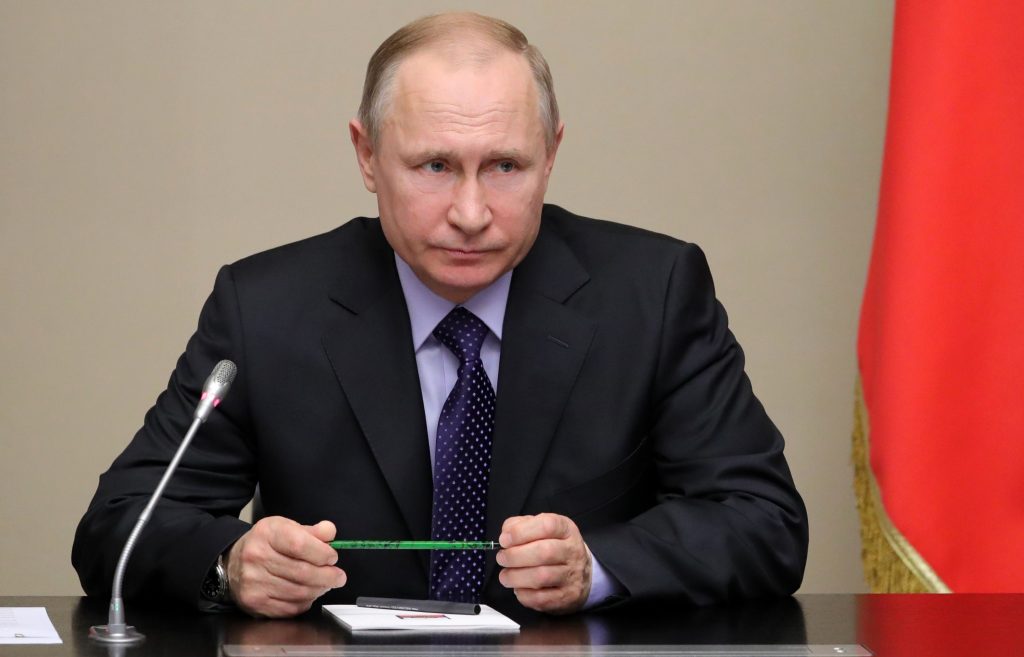 Sergey Lavrov told Russian state media that Trump indicated he could make a reciprocal trip to Russia if Putin were able to accept his invitation to the White House.

Lavrov says the Trump administration hasn’t followed up on the offer and Russia has urged the U.S. to discuss specifics about such a meeting.

“President Putin is ready for such a meeting,” Lavrov said.

Moscow’s hopes for better ties with Washington under Trump have withered amid the ongoing investigations into the alleged collusion between the Trump campaign and Russia.

Russia-U.S. relations have sunk to post-Cold War lows over the Ukrainian crisis, the war in Syria and the allegations of Russian meddling in the 2016 U.S. presidential election.

In recent weeks, tensions have risen further over the March poisoning of a former Russian spy and his daughter, which Britain has blamed on Russia. The U.S., Britain and other Western allies responded by expelling over 150 Russian diplomats, and Moscow, which has fervently denied the British accusations, responded in kind.

Further stoking tensions was the purported chemical attack in the Syrian town of Douma on April 7. That prompted the U.S., Britain and France to launch a missile strike on Syria. Russia condemned the strike on its ally as an “act of aggression.”

Moscow had warned the U.S. before the strike that it could hit back if the U.S. actions jeopardize Russian servicemen in Syria, and the allies had given Russia an advance warning to make sure no Russians were in the line of fire.

“We told them where our red lines were, including the geographical red lines,” Lavrov said. “The results have shown that they haven’t crossed those lines.”

The Pentagon said that all 105 missiles fired at three Syrian chemical facilities reached their targets, while the Russian military said Syrian air defenses downed 71 out of 103 U.S. missiles.

Lavrov, who said that Russia will soon offer evidence to back up its claims, added that in light of the strikes, Moscow may reconsider a pledge it gave a decade ago not to provide Syria with sophisticated, long-range S-300 missiles.

“We no longer have such moral obligations,” Lavrov said.

Asked about the danger of a Russia-U.S. military clash, Lavrov voiced hope that military leaders realize that “any actions that could provoke a direct clash between the Russian and the U.S. militaries are unacceptable.”

“I’m 100 percent convinced that the military won’t allow it,” Lavrov said, adding that the Russian and U.S. presidents also “bear responsibility before the people who elected them for peace and security.”