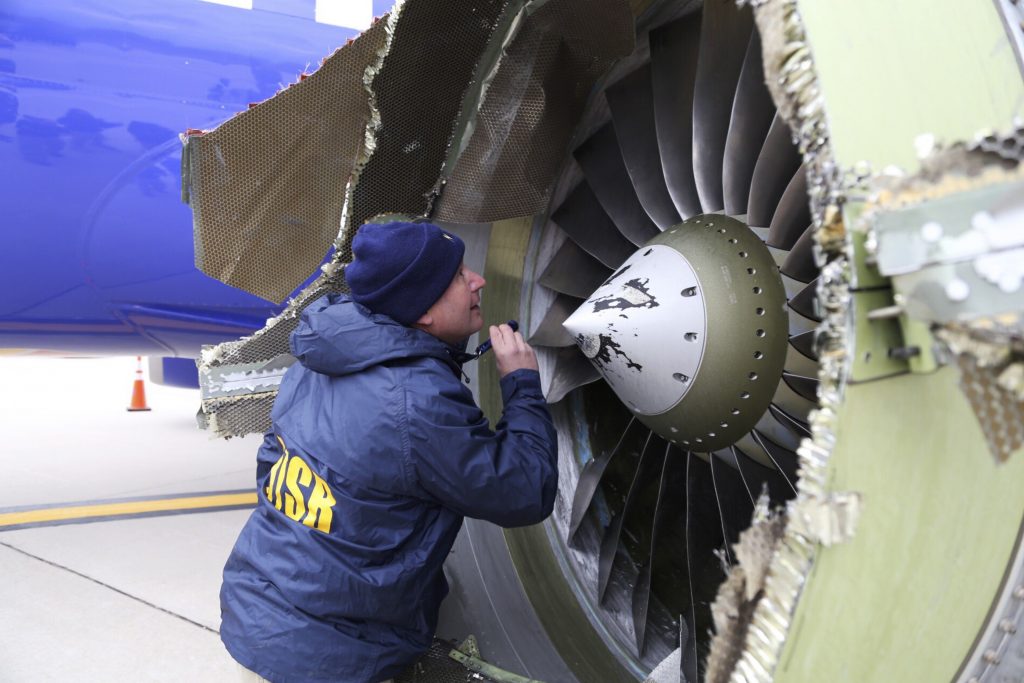 Southwest Airlines sought more time last year to inspect fan blades like the one that snapped off during one of its flights Tuesday in an engine failure that left a passenger dead.

The airline opposed a recommendation by the engine manufacturer to require ultrasonic inspections of certain fan blades within 12 months, saying it needed more time to conduct the work.

Southwest made the comments last year after U.S. regulators proposed making the inspections mandatory. The Federal Aviation Administration has not yet required airlines to conduct the inspections, but said late Wednesday that it would do so in the next two weeks.

The manufacturer’s recommendation for more inspections followed an engine blowup on a 2016 Southwest flight. On Tuesday, an engine on another Southwest jet exploded over Pennsylvania, and debris hit the plane. A woman was sucked partway out of the jet when a window shattered. She died later from her injuries.

The plane, a Boeing 737 headed from New York to Dallas with 149 people aboard, made an emergency landing in Philadelphia.

Investigators said the blade that broke off mid-flight and triggered the fatal accident was showing signs of metal fatigue — microscopic cracks from repeated use.

The National Transportation Safety Board also blamed metal fatigue for the engine failure on a Southwest plane in Florida in 2016.

That led manufacturer CFM International, a joint venture of General Electric Co. and France’s Safran SA, to recommend last June that airlines conduct the inspections of fan blades on many Boeing 737s.

The FAA proposed making the recommendation mandatory in August but never issued a final decision.