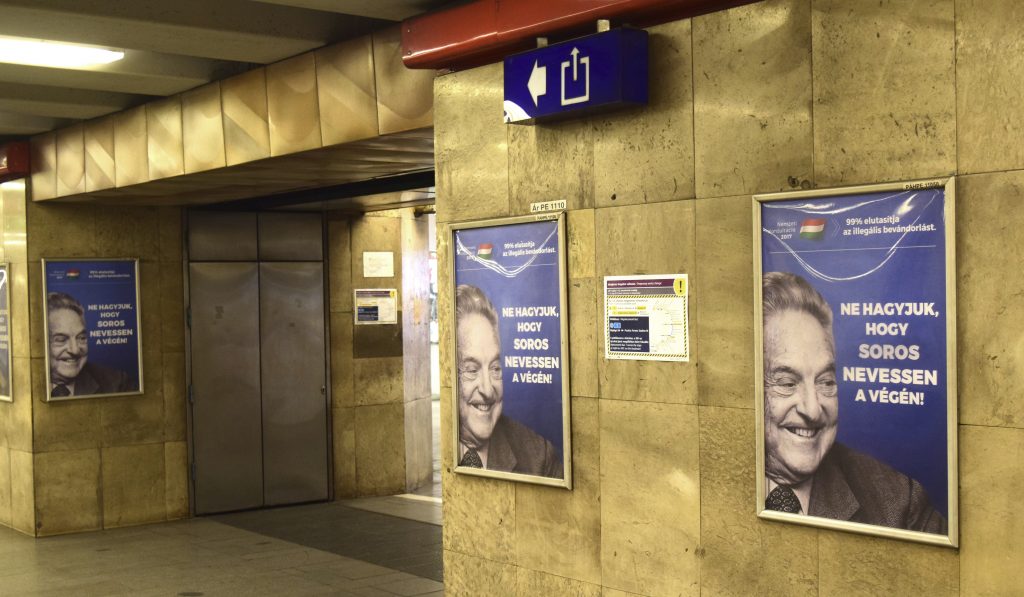 Hungarian Prime Minister Viktor Orban has blamed Soros, a Hungarian-born U.S. financier, for a host of ills, and pushed through legislation, cracking down on non-governmental organizations called the Stop Soros laws, which drew international criticism.

The Hungarian news website 444.hu said that the Open Society Foundations office would shut by Aug. 31, and move first to Vienna, then on to Berlin.

Reuters has not been able to immediately reach the Open Society Foundations either in Budapest or New York.

Orban, a self-styled champion of what he calls an “illiberal democracy,” has long been at odds with Soros’s network of NGOs, which promote liberal values around the world.

The Hungarian premier has, for years, waged a campaign against migration into Europe, an issue at the center of his re-election bid which resulted in a third landslide victory this month.

Orban’s Fidesz party said that it would deliver on campaign promises to crack down on NGOs that promote migrant rights. The Organization for Security and Co-operation in Europe said the election was characterized by xenophobic and intimidating messages.

The legislation submitted to parliament, before the election would impose a 25 percent tax on foreign donations to NGOs that the government says, back immigration.

Their activity would have to be approved by the interior minister, who could deny permission if he saw a national security risk.

The Soros-founded Central European University has also said it is opening a campus in Vienna in the near future. It has said it remains committed to its Budapest campus, despite government pressure that it said, was geared to oust it from Hungary.