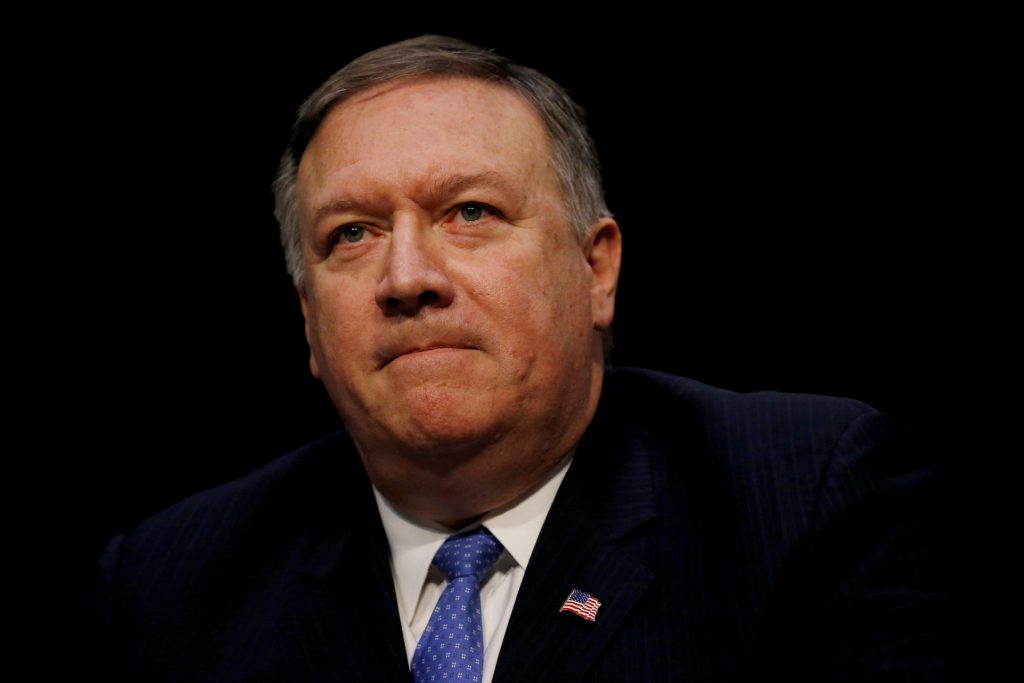 Democratic U.S. Senator Heidi Heitkamp said on Thursday that she would vote in favor of Republican President Donald Trump’s nominee to be secretary of state, Mike Pompeo, making it likely that the CIA director will be confirmed to take the post.

As a moderate up for re-election this year— in North Dakota, a state Trump won easily in 2016, Heitkamp is the first Senate Democrat to back the nominee.

“Pompeo demonstrated during this nomination process and during our meeting in March that he is committed to empowering the diplomats at the State Department so they can do their jobs in advancing American interests,” Heitkamp said in a statement.

Because Republican Senator Rand Paul announced his opposition, and Senator John McCain has been absent from Washington and unable to vote because of illness, Pompeo needed at least one Democratic vote to win a majority in the Senate.

Republicans have only a 51-49 majority in the chamber.

Opponents of Pompeo’s nomination have cited concerns, including worries that he would favor military action over diplomacy and past links to groups viewed as anti-Muslim and socially conservative views that they say would make him the wrong person to represent the United States on the world stage.

Republicans who back Pompeo accuse Democrats of playing politics at time when the country needs a secretary of state to deal with such crises as the civil war in Syria and the development of weapons by North Korea, where Pompeo recently visited with the country’s leader, Kim Jong Un.

Pompeo’s backers pointed to his meeting with Kim, which Trump confirmed on Wednesday, as proof of Pompeo’s commitment to diplomacy.