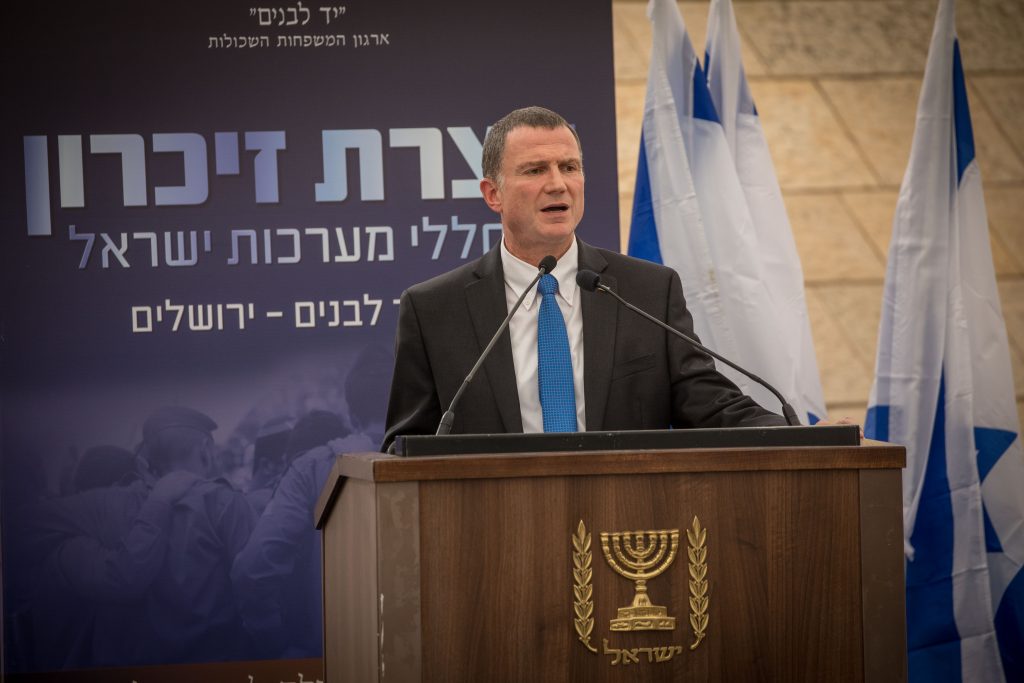 High-echelon bickering over ceremonial roles on Independence Day continued after the day was officially over.

On Thursday night, Knesset Speaker Yuli Edelstein claimed to Channel 10 that Prime Minister Binyamin Netanyahu’s credibility was hurt after he spoke for nearly three times longer than agreed upon at the Independence Day opening.

Netanyahu was scheduled to speak for five minutes, but instead spoke for fourteen, compared to Edelstein’s own eight-minute speech.

Edelstein had threatened to boycott the affair, on the grounds that prime ministers have almost never made speeches at the torch-lighting ceremony, and that especially in Netanyahu’s case, would cause divisiveness at an event aimed at promoting national unity. In the end, he relented, but on the understanding that Netanyahu would keep to five minutes.

The speaker also had some ammunition left over for Culture Minister Miri Regev, who organized the ceremony and pushed for Netanyahu’s inclusion.

In response to a claim that he spoke to her threateningly during the pre-ceremonial squabble, Edelstein said, “I told her I’ve had enough of her nonsense,” and nothing more than that.

Regev, in a comeback comment to Edelstein’s interview, said on Thursday night that she was proud of the way the ceremonies were held. As for Edelstein, he “continues to hurt the Likud, the prime minister and me, and to behave in a way that is far from [dignifying the [state].”