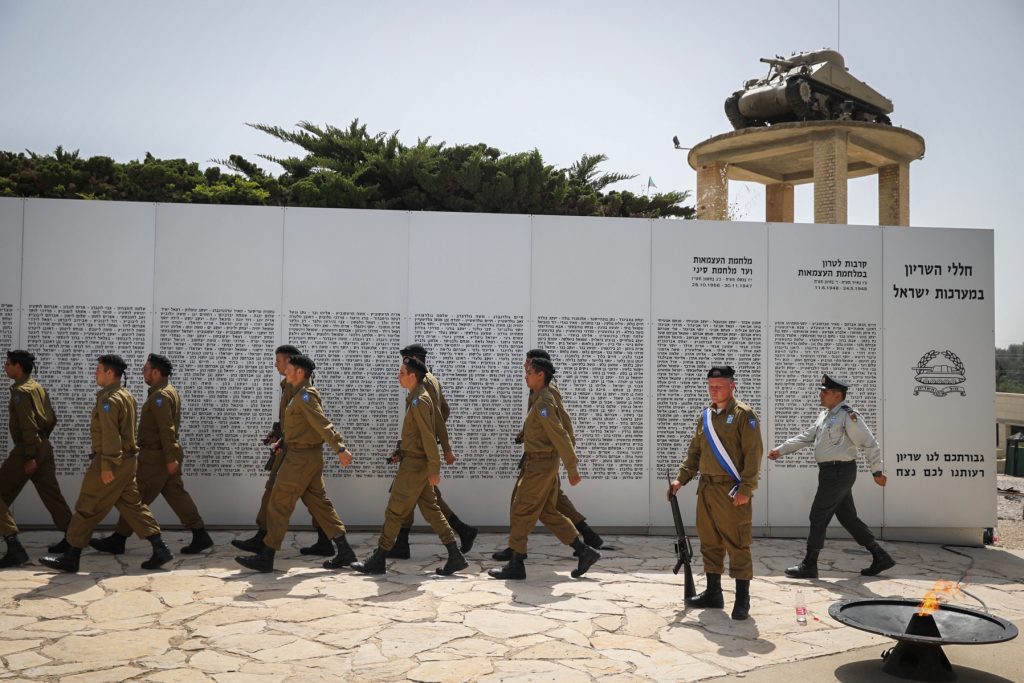 Defense Minister Avigdor Liberman, speaking at the same event, said that “unfortunately, the threats to destroy the State of Israel have not ended, even 70 years after our War of Independence. It is for that reason we need a strong and determined IDF, with the understanding that we live in a complicated and fragile reality. We do not seek adventures, but when it comes to the security of Israelis there will be no compromise. My advice to our neighbors, both north and south, is that they seriously take this into account.”

Education Minister Naftali Bennett said that “we are a nation that seeks peace. In every generation our enemies arise to destroy us, but in every generation we withstand this. Last week, on Holocaust Remembrance Day, we remembered the price we paid for not having a state of our own. And today, on Memorial Day, we remember the high price we paid for the state we do have. We cannot rely on others for our security. We have never asked any other country to send soldiers to defend us, and we never will.”

Deputy Health Minister Rabbi Yaakov Litzman said that “the entire Jewish people are united in their remembrance of our fallen soldiers. This memory encompasses us all, without regard for age, religion or ethnic background. We are all one family when it comes to mourning our fallen soldiers. Today we put aside our differences,” he said.