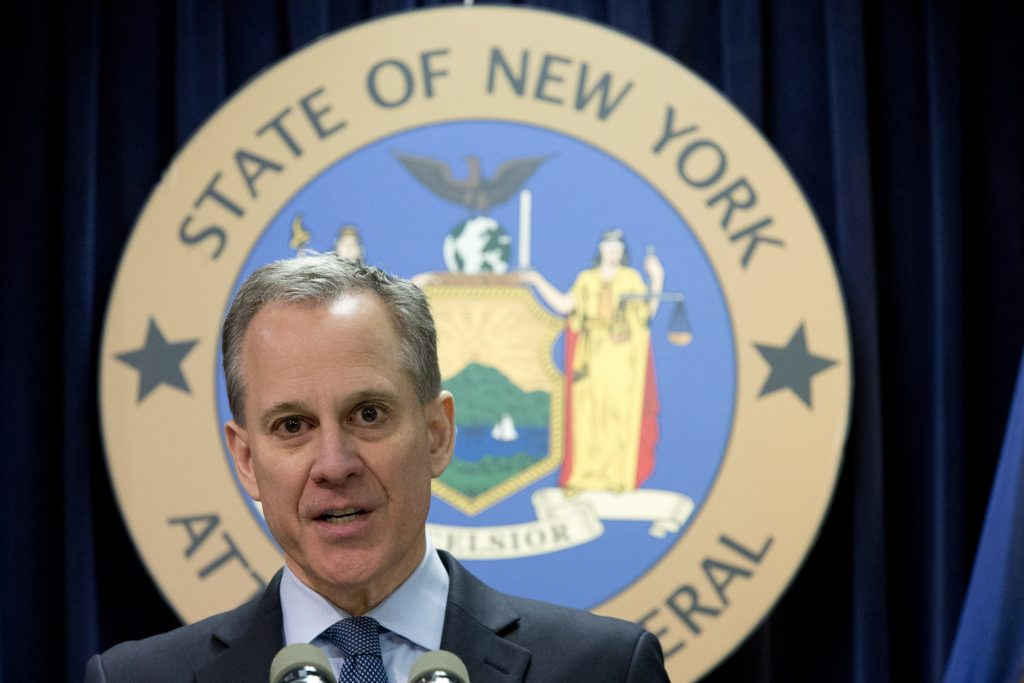 New York’s attorney general on Wednesday asked Governor Andrew Cuomo and state legislators to give him and other local prosecutors power to bring criminal charges against people pardoned by U.S. President Donald Trump.

A change could make it more difficult for Trump associates or others who might be pardoned to escape criminal prosecution, even if special counsel Robert Mueller’s probe into possible Russian interference in the 2016 presidential election were curbed or shut down.

The president has no constitutional power to pardon state crimes, but Schneiderman said the current law means defendants pardoned for serious federal crimes could be freed from “all accountability” under state criminal law.

Schneiderman, a Democrat in his eighth year as attorney general, has made his office a central figure in blue state challenges to Trump, tangling with the Republican president on such matters as consumer finance, the environment, immigration and the 2020 census.

The White House had no immediate comment. The offices of Cuomo, a Democrat, and state Senate Majority Leader John Flanagan, a Republican, did not immediately respond to requests for comment.

State Assembly Speaker Carl Heastie, a Democrat, said “we will take a close look” at the “serious” issue. Democratic state senator Todd Kaminsky tweeted a plan to introduce a bill to close the loophole.

Schneiderman said New York’s law has a dozen exceptions, but none when a defendant receives a presidential pardon.

“By closing New York’s double jeopardy loophole, lawmakers can ensure that no one accused of breaking New York’s laws will escape accountability merely because of a strategically-timed presidential pardon,” Schneiderman said in a statement.

It was unclear whether a revised law could pass in New York’s state Senate, which is closely divided between Republicans and Democrats.

Trump has called the probe a witch hunt. His personal lawyer Michael Cohen faces a separate criminal investigation that arose from it.