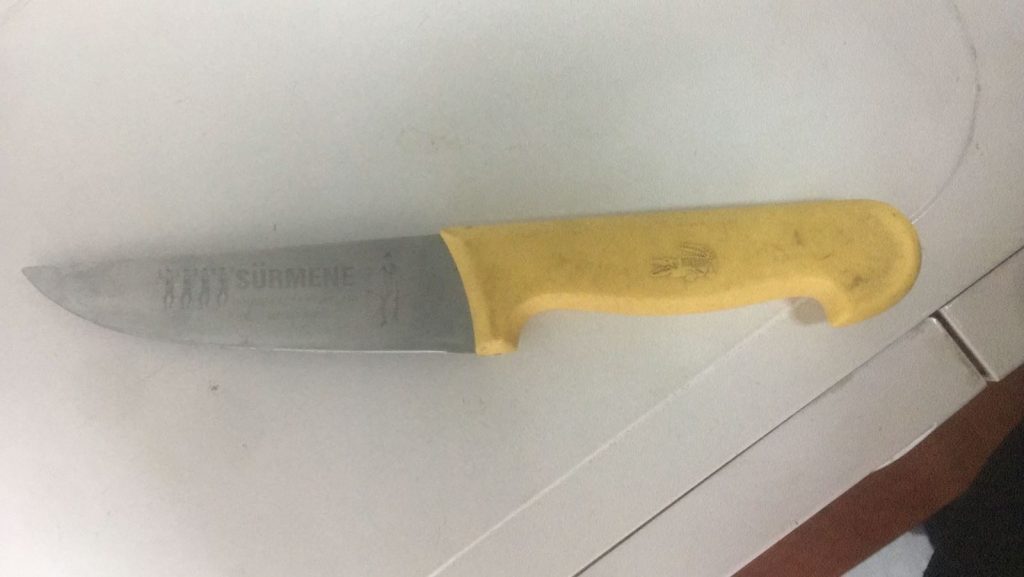 Security forces on Wednesday afternoon arrested a Gaza Arab who attempted to cross the Kalandiya checkpoint north of Yerushalayim, on his way into the city. In a search of his bag, soldiers found a large knife, apparently to be used in a terror attack. The Arab was arrested and the knife was confiscated.

Officials are investigating how the Arab, a resident of Gaza, got to Palestinian Authority-controlled areas of Yehudah and Shomron. Arabs from PA-controlled areas are banned from entering Israel this week, as the country commemorates Memorial Day and Independence Day.

Also Wednesday afternoon, security officials foiled an attempt by terrorists to bring an explosives-laden truck into Israel. Security personnel at the Reihan checkpoint west of Jenin interdicted the truck, which was found to contain a suspicious package that turned out to contain explosives. A detonator was also found in the truck. The driver of the truck was arrested, and the vehicle was seized.