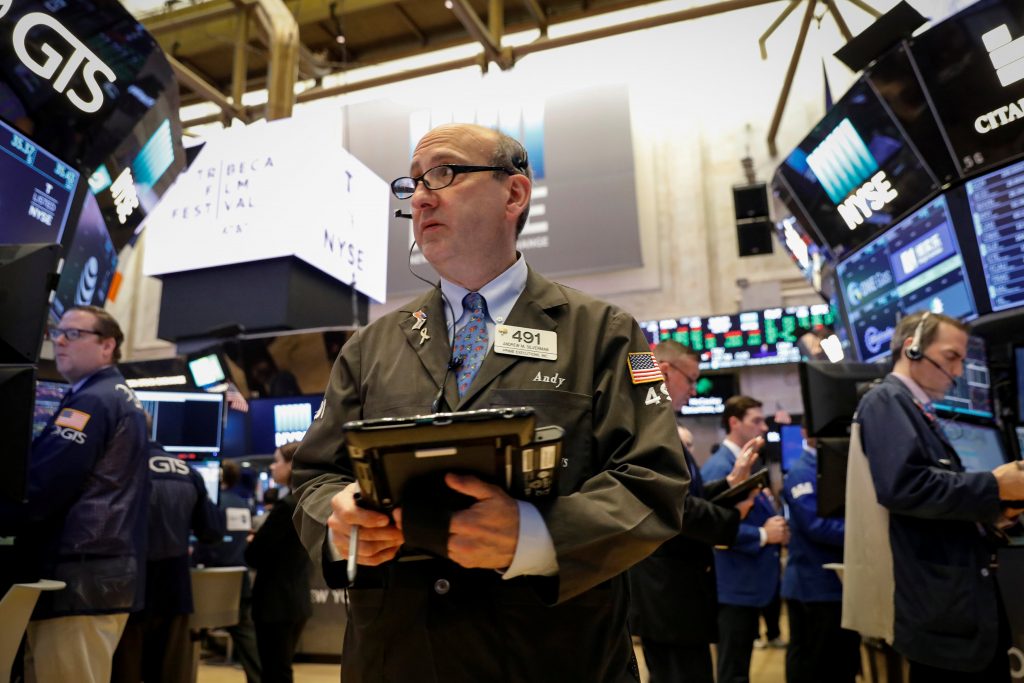 Wall Street edged higher in a volatile session on Wednesday as industrial stocks gained on strong results from some marquee companies, and a jump in oil prices boosted energy stocks.

The gains were kept in check by technology stocks, which were hit by a 7.6 percent slump in IBM, after the company’s margins missed estimates as well as declines in semiconductor stocks.

No. 3 U.S. railroad operator CSX Corp. jumped 6.3 percent after topping profit estimates. The news lifted shares of other railroads and powered a 1.9 percent jump in the Dow Jones Transport index.

“Even though it’s early in the earnings season, what you’re seeing is what folks were hoping — it is in line with expectations,” said Thomas Martin, senior portfolio manager at GlobAlt Investments in Atlanta.

“The growth rate is coming in slightly higher as companies report above expectations, but it hasn’t been super high.”

Earnings at the S&P 500 companies are estimated to grow 18.6 percent in the first quarter— the biggest increase in seven years, according to Thomson Reuters data.

The Nasdaq Composite gained 0.43 percent to 7,312.41, lifted by consumer discretionary stocks including Amazon and Tesla.

Tesla rose 2.4 percent after a report that the company was aiming to ramp up production of Model 3 cars to reach its goal.

The CBOE Volatility index was up 0.51 points at 15.76, marking its first rise after closing lower for six days in a row.

Oil prices jumped about 2 percent, on a decline in U.S. crude inventories, and after sources signaled top exporter Saudi Arabia wants to see crude prices closer to $100 a barrel. The S&P energy sector was up 1.6 percent and led the gainers among the 11 major S&P indexes.

Other chip stocks including Applied Materials and MKS Instruments also fell, and the broader Philadelphia SE Semiconductor index was down 0.5 percent.