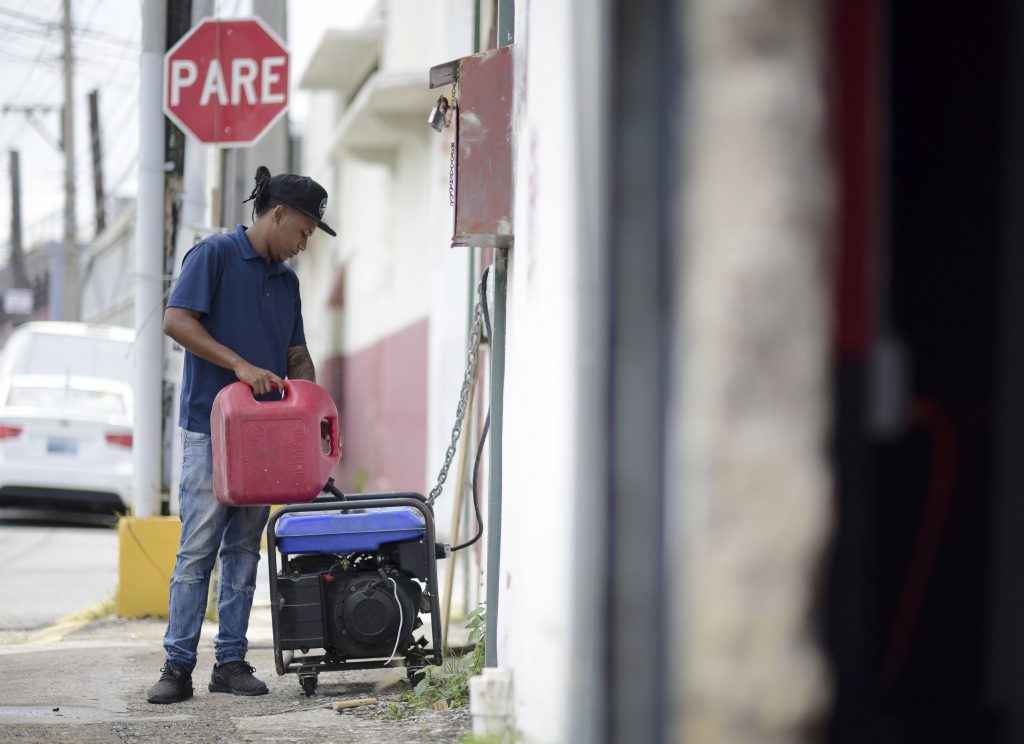 Officials said it could take 24 to 36 hours to fully restore power to more than 1.4 million customers as outrage grew across the island about the state of Puerto Rico’s Electric Power Authority.

“This is too much,” said Luis Oscar Rivera, a 42-year-old computer technician who just got normal power back at his house less than two months ago. “It’s like the first day of Maria all over again.”

Several large power outages have hit Puerto Rico in recent months, but Wednesday was the first time since the Category 4 storm struck on Sept. 20 that the U.S. territory has experienced a full island-wide blackout. It snarled traffic across the island, forced dozens of businesses with no generators to temporarily close and interrupted classes and work.

Power company spokeswoman Yohari Molina told The Associated Press that crews were investigating what caused the blackout, saying she had no other details.

Angel Figueroa, president of a union that represents power company workers in Puerto Rico, said it appears that a failure on a main line caused the island’s entire electrical grid to shut down to protect itself.

Rivera said he worries that such serious power outages are still occurring as the new Atlantic hurricane season, which starts on June 1, approaches.

“If there’s a slight storm, we’re going to be worse off than we are right now,” he said.

Federal officials who testified before Congress last week said they expect to have a plan by June on how to strengthen and stabilize the island’s power grid, noting that up to 75 percent of distribution lines were damaged by high winds and flooding. Meanwhile, the U.S. Army Corps of Engineers, which is overseeing the federal power restoration efforts, said they hope to have the entire island fully energized by May. Some 40,000 power customers still remain without normal electrical service as a result of the hurricane.

The new blackout occurred as Puerto Rico legislators debate a bill that would privatize the island’s power company, which is $14 billion in debt and relies on infrastructure nearly three times older than the industry average.