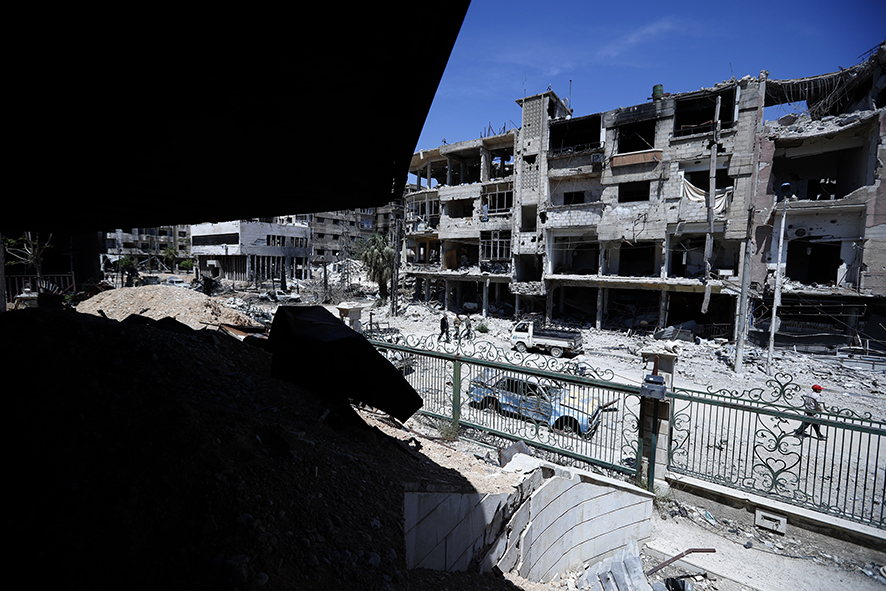 A reported attack on a Syrian air base early Tuesday did not actually take place, a senior Syrian army official said later Tuesday. While sirens were sounded in anticipation of an attack, those sirens were set off by a “false alarm,” the official was quoted by Reuters as saying.

The denial of the attack contradicted an earlier report on Syrian state media that the country’s air force had responded to a missile attack on two air bases in the center of the country, and had shot the missiles down, with air defenses knocking out all the missiles fired, except for one. The bases were adjacent to another one in the area of the Syrian city of Homs that had been attacked over the weekend in a joint strike by U.S., British, and French forces.

In the earlier report, Syrian army officials told local media that Israel had carried out the attack early Tuesday. The IDF has not commented on any reports, and the United States denied that it was operating in the area Tuesday.

On Monday, New York Times columnist Thomas Friedman quoted “a senior Israeli military source” as saying that an attack last week on a Syrian army base was prompted by the entry of an Iranian drone into Israeli air space in February – a drone that the IDF has revealed was carrying explosives, and was set to carry out a remote terror attack on Israeli population centers. The attack on the T-4 base near Homs, the source told Friedman, “was the first time we attacked live Iranian targets — both facilities and people.” The attack, the source told Friedman, “is the first time we saw Iran do something against Israel — not by proxy. This opened a new period.”

On Friday, the IDF said that that an Iranian drone was carrying explosives, and had been set to explode in Israel. In that incident, the IDF shot down the drone when it entered Israeli airspace and dispatched a battery of planes to attack the Tadmor air base in Syria, where the drone was dispatched from, and several other targets in Syria. The Israeli planes were met with a barrage of missiles fired by Syria, one of which hit an F-16 jet that had a crew of two. The two pilots ejected themselves from the plane over Israeli territory, and were quickly taken to the hospital by rescue forces. Parts of the destroyed Israeli plane were found in Lebanon, Syria, and Jordan.