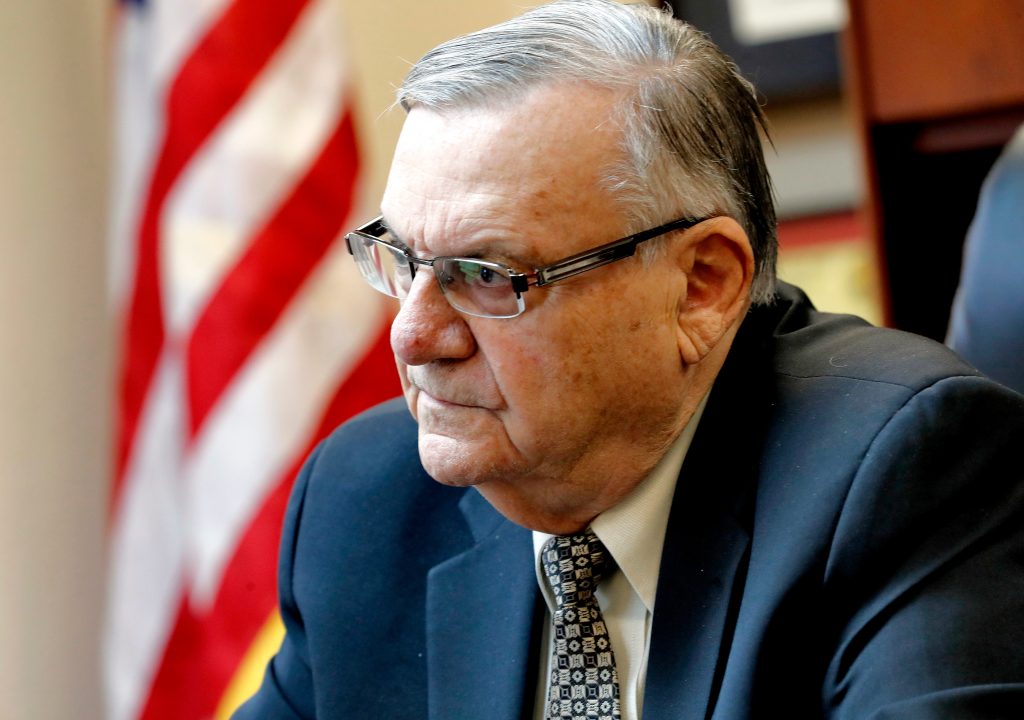 A special prosecutor will be appointed in an appeal over the pardon of former metro Phoenix Sheriff Joe Arpaio’s conviction for disobeying a court order because President Donald Trump’s Justice Department is now refusing to handle the case, an appeals court ruled Tuesday.

The U.S. 9th Circuit of ordered the appointment because the Justice Department lawyers who won the conviction have since declined to defend a court ruling that dismissed the case but did not erase Arpaio’s criminal record after Pres. Trump issued the pardon.

Arpaio, a Trump ally, is running for a U.S. Senate seat and wants the court records related to his conviction expunged.

Legal advocacy groups that focus on free speech, democracy and civil rights had asked for the prosecutor and have mounted a challenge to Pres. Trump’s pardon of the former six-term sheriff, a Republican who lost to a little-known Democratic challenger in 2016.

Arpaio, now running for the Senate seat by the outgoing Jeff Flake, was accused of prolonging the patrols for 17 months to boost his successful 2012 re-election campaign.

Jack Wilenchik, a lawyer representing Arpaio, accused the appeals court of appointing a special prosecutor because it did not like the outcome of the case.

“To be appointing a new lawyer is really the 9th Circuit taking a position on the case, which it shouldn’t be doing,” Wilenchik said.

The retired sheriff is appealing the lower-court ruling that refused to expunge his criminal record.

Arpaio and his critics have complained that the case has been influenced by politics.

Arpaio maintains the criminal case was a political vendetta launched against him by the Obama administration over the sheriff’s immigration crackdowns.

His critics have said the pardon was political repayment for Arpaio’s endorsement of Pres. Trump during the 2016 presidential campaign.

Ten days before Arpaio’s 2016 primary election in his last race for sheriff of Maricopa County, a judge who was nominated to the bench by President George W. Bush had recommended the criminal charge as part of a racial profiling lawsuit over the sheriff’s immigration patrols.

Another federal judge who was nominated by President Bill Clinton then filed the criminal charge against Arpaio about three months before Obama left office.