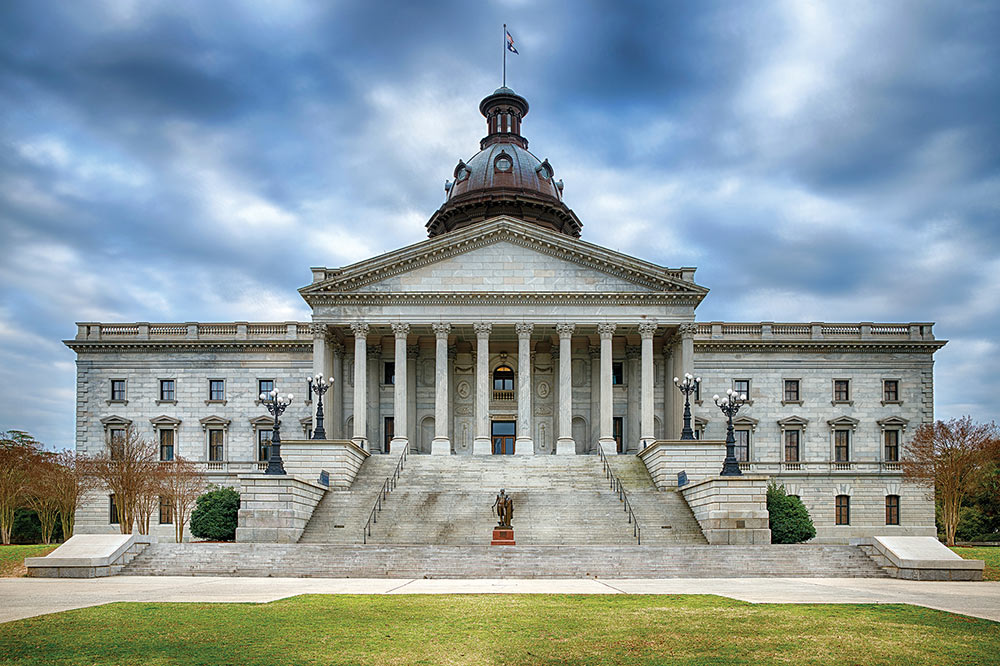 South Carolina has become the first state to pass legislation that provides a definition for anti-Semitism, a move aimed at combating a national rise of incidents targeting Jews, particularly on college campuses. The bill requires state universities to use the U.S. State Department’s guidelines — which also detail several forms of anti-Israel speech that target Jews — as their standard for determining how to classify claims of bias.

Rep. Alan Clemmons, a Republican member of the state’s Assembly, was the bill’s author and key sponsor and has been campaigning for the measure for nearly two years.

“This was a sweet and necessary victory,” he told Hamodia. “In the past, far too many college administrators have been able to sweep hatred of Jews under the carpet. This law will require all state-supported schools to adhere to the definition and use it when there is an allegation [of anti-Semitism]. It’s not something they will be able to hide.”

Data collected by several anti-Semitism watchdog organizations have documented a steady increase in incidents targeting Jews on college campuses. Some link the trend to colleges with active boycott campaigns against Israel, which they say often spills over into anti-Jewish expression. Rep. Clemmons said that while South Carolina had seen fewer expressions of anti-Semitism than other states, he hoped the move would encourage legislatures in other states to follow South Carolina’s lead.

Mr. Clemmons said that the law’s intention was to force campus investigators to work honestly to determine the intent of incidents and to treat reports of anti-Semitism “like any other type of discrimination.”

The provision was inserted into the state’s budget and was approved by large margins in both the Assembly and Senate. The large spending package to which it was amended is currently being finalized by the legislature, but the anti-Semitism bill is expected to remain unchanged and to win the signature of Governor Henry McMaster, who has been a strong supporter of the measure. A similar bill was introduced in 2016, but it stalled in the state Senate amidst fears it would stifle free speech on campuses.

This is not the first time that Rep. Clemmons, himself a Mormon, has championed legislation for which Jewish organizations have lobbied. In 2015, he was the key sponsor of a bill that barred South Carolina from doing business with companies that support the BDS movement [boycott, divestment, sanctions] against Israel. It was among the first such bills to be introduced. Since its passage, nearly half of the states have enacted similar laws.

The State Department definition outlines expressions that it considers anti-Semitic, but notably includes “manifestations … targeting of the state of Israel, conceived as a Jewish collectivity” or holding Israel to “double standards by requiring of it a behavior not expected or demanded of any other democratic nation.” Another clause identifies “holding Jews collectively responsible for actions of the state of Israel” as a form of anti-Semitism.

Aviva Vogelstein, director of Legal Initiatives for the Louis D. Brandeis Center for Human Rights Under Law, helped advocate for the bill and testified in favor of it several times in both chambers of the legislature. She said that data collected by her organization documents a sharp increase in acts against Jewish students including intimidation, graffiti, and anti-Semitic speech.

“I think this amendment is an incredibly important step in tackling the alarming rise of anti-Semitism particularly on college campuses, and gives Jewish students tools to guard their right to a positive learning environment,” Mrs. Vogelstein told Hamodia. “This creates a clear and uniform standard … While some cases are clear-cut, some anti-Israel acts do cross the line and that is where the State Department definition becomes necessary.”