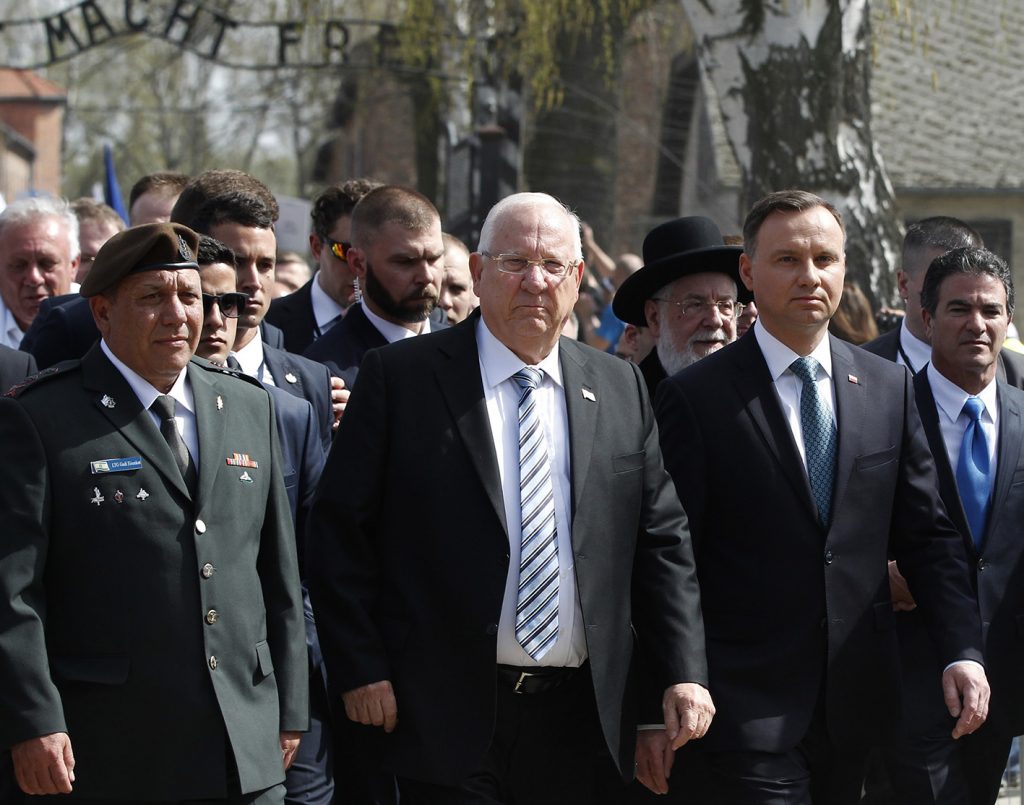 A Polish nationalist group has asked prosecutors to investigate whether the Israeli president broke a new Holocaust speech law during a visit to Poland last week.

The National Movement said that it believes President Reuven Rivlin might have violated legislation that criminalizes falsely blaming the Polish nation for the crimes of Nazi Germany.

The group’s vice president, Krzysztof Bosak, said it formally filed its request to prosecutors on Tuesday.

He said the matter concerns Rivlin reportedly telling his Polish counterpart that Poland allowed the implementation of Germany’s genocide. The alleged comments during commemorations at Auschwitz last Thursday were carried by an Israeli newspaper and were not part of Rivlin’s public remarks.

Bosak acknowledged his group was testing the law, which is not being enforced in practice after sparking a dispute with Israel.