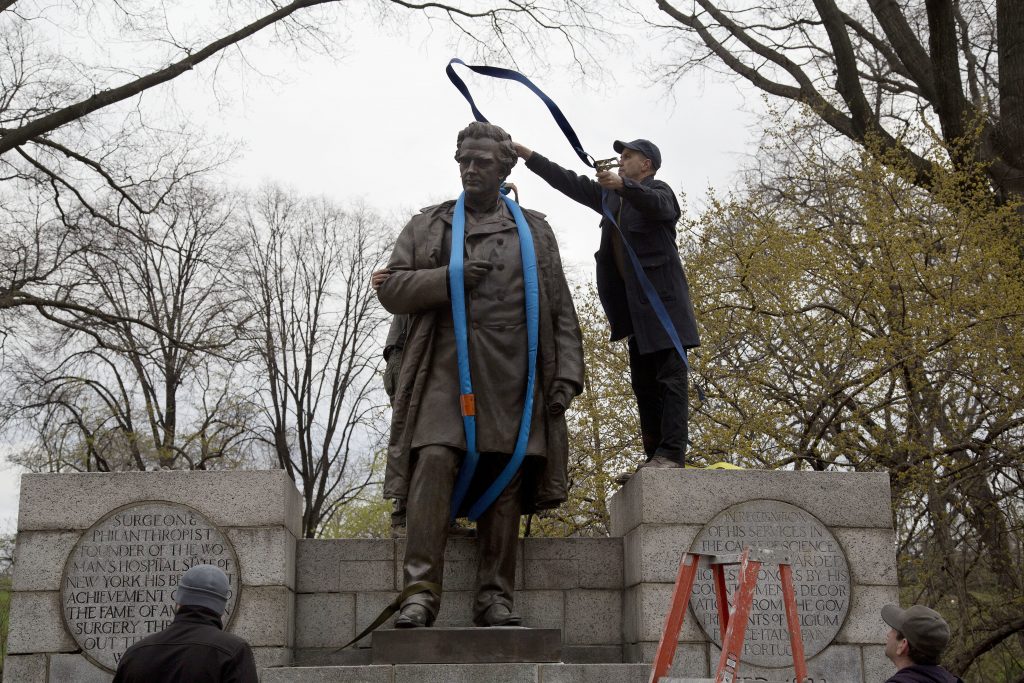 A bronze statue of a 19th century doctor who did experimental surgery without anesthesia on enslaved African-American women was removed from Central Park on Tuesday.

Dr. Bernadith Russell emotionally embraced a friend as they watched the statue being removed. She said that when she was in medical school, Sims “was held up as the father of gynecology with no acknowledgement of the enslaved women he experimented on.”

The commission’s president, Signe Nielsen, wept on Monday when she called for the vote. The names of many black women on whom Sims operated are unknown. Three of the names he recorded were Anarcha, Betsy and Lucy.

“I’m not a woman of color, but I am deeply moved by what we heard today,” said Nielsen.

Mayor Bill de Blasio called for a review of “symbols of hate” on city property eight months ago following a white supremacist protest in Charlottesville, Virginia, in August that left a person dead. The issue of possibly removing Confederate monuments initially prompted the white nationalists to gather.

Michele Bogart, a former member of the design commission and an art history professor, had urged that the statue remain in Central Park, saying: “History matters. … Don’t run from it.”