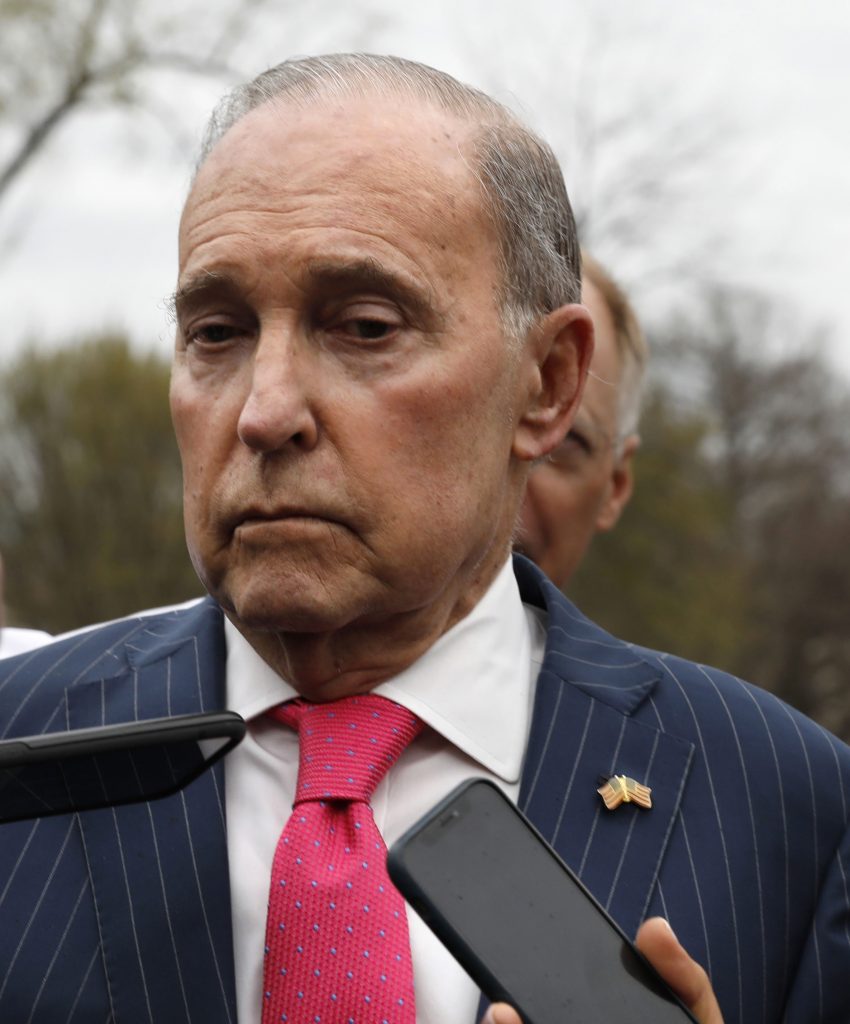 White House economic adviser Larry Kudlow downplayed the possibility the U.S. would enter into negotiations to rejoin the Trans-Pacific Partnership trade pact, calling it more of a “thought than a policy” for now.

The U.S. is “in the pre-preliminary stages of any discussions” on rejoining the Asia-Pacific trade deal, Kudlow told reporters Tuesday during a briefing ahead of a meeting between President Donald Trump and Japanese Prime Minister Shinzo Abe.

Kudlow said the U.S. would like to reach a separate free-trade deal with Japan.

He added that an exception for Japan on steel and aluminum tariffs that Trump recently announced would be “on the table” during the summit with Abe. “It’s a key point on the agenda,” he said.

Kudlow added that U.S. trade negotiations with China over grievances Trump has raised against Beijing will be “very separate” from consideration of rejoining TPP. China hasn’t been part of the TPP negotiations, while Japan is a member of the accord.

Trump, last week, told farm-state lawmakers and governors that he had designated Kudlow and U.S. Trade Representative Robert Lighthizer to examine joining TPP, which the Obama administration had negotiated, but the U.S. never ratified. Trump withdrew from the pact after he took office.

In a Twitter post after the meeting with lawmakers, Trump said the U.S. “would only join TPP if the deal were substantially better than the deal offered to Pres. Obama. We already have bilateral deals with six of the eleven nations in TPP, and are working to make a deal with the biggest of those nations, Japan, who has hit us hard on trade for years!”

Sen. Ben Sasse, a Nebraska Republican who participated in the meeting with Trump last Thursday in which the president spoke about rejoining the deal, said: “He multiple times reaffirmed the point that TPP might be easier to join now.”