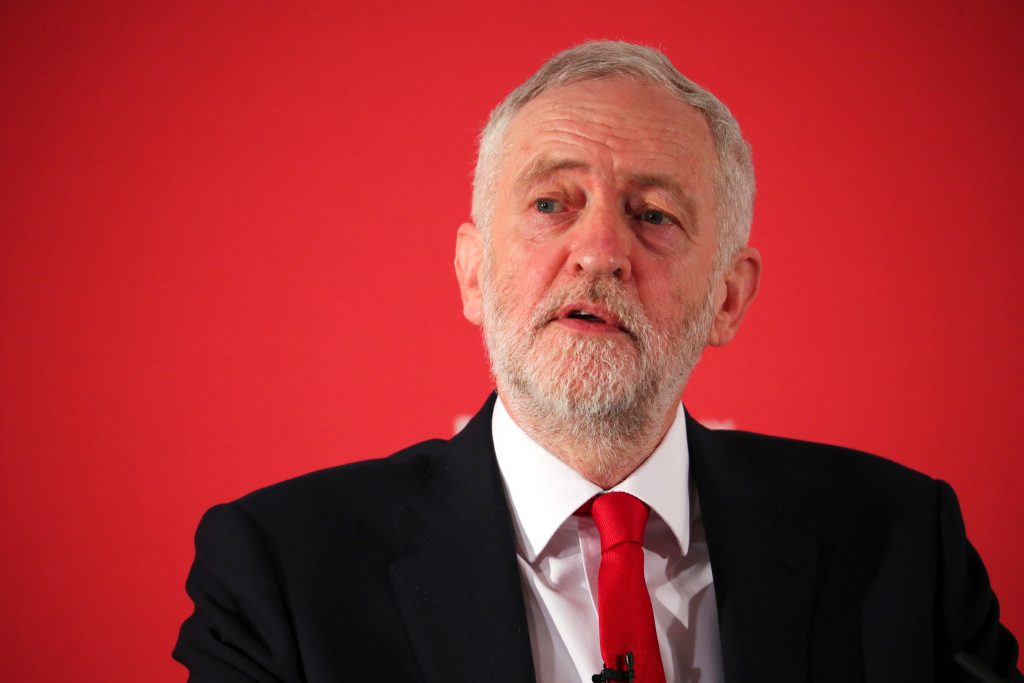 Prominent Jewish organizations, including the Board of Deputies, the Jewish Leadership Council and Community Security Trust have declined an invitation to participate in a round-table event with Labour Party leader Jeremy Corbyn next Wednesday.

In the wake of numerous incidents of reported anti-Semitism in the Labour Party, and following public demonstrations asserting “Enough is Enough”, Labour Party leader Jeremy Corbyn invited a number of Jewish organizations to meet with him for “a roundtable discussion on the relationship between the Labour Party and the Jewish community.”

The Board of Deputies and the Jewish Leadership Council are, respectively, the democratically-elected representative body of Anglo-Jewry and the umbrella organization for the major British Jewish organizations. Their leadership is meeting with Mr. Corbyn and the party’s General Secretary Jennie Formby on the day before the proposed roundtable. This meeting was set up following the demonstration outside Parliament before Pesach, and is designed to “discuss a set of specific actions, which [the two organizations] have already proposed and published” in order to “help the Labour Party tackle its anti-Semitism problem.”

In the light of this, the Board and the JLC declined the invitation to participate in the roundtable, and called on other organizations to do the same, saying “We see no reason for us to attend the roundtable meeting”. In a public response, they said, “If the Labour Party is serious about tackling this problem, they will take up our suggested actions at [the first] meeting. If they do not take them up, we will know they are not serious about tackling anti-Semitism.”

The CST and the Manchester Jewish Representative Council have also declined the invitation, citing the reasons given by the Board and the JLC.

Other invitees to the roundtable are believed to include the Jewish Labour Movement, which is an affiliate of the Labour Party and the All-Party Parliamentary Group Against Antisemitism, neither of which have made public whether they will be attending.

The controversial Jewish Voice for Labour has also apparently been invited. This group held a counter-demonstration in Parliament Square claiming that there is no anti-Semitism in the Labour Party and that the allegations are a smear campaign designed to discredit Mr. Corbyn.