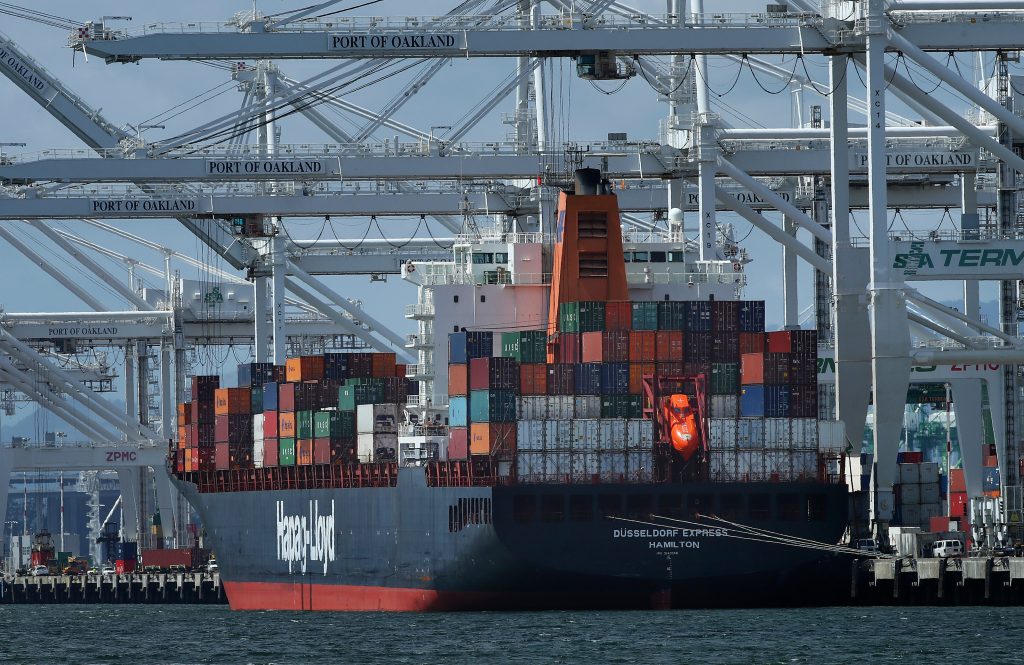 The International Monetary Fund predicted that the world economy’s strongest upswing since 2011 will continue for the next two years, but warned that the seeds of its demise may have already been planted.

The fund, on Tuesday, left its forecasts for global growth this year and next year at the 3.9 percent it estimated in January, and raised its outlook for the U.S. as Republican tax cuts take effect.

Beyond that horizon, it was more pessimistic, projecting that global growth will fade as central banks tighten monetary policy, the U.S. fiscal stimulus subsides, and China’s gradual slowdown continues.

“Global growth is projected to soften beyond the next couple of years,” the IMF said in its latest World Economic Outlook report. “Once their output gaps close, most advanced economies are poised to return to potential growth rates well below pre-crisis averages, held back by aging populations and lackluster productivity.”

The IMF warned the expansion could be derailed if countries resort to tit-for-tat trade sanctions.

“The first shots in a potential trade war have now been fired,” IMF Chief Economist Maurice Obstfeld said in a foreword to the fund’s outlook, reiterating the IMF’s warning earlier this month that the global trading order is in danger of being “torn apart.”

“Conflict could intensify if fiscal policies in the United States drive its trade deficit higher without action in Europe and Asia to reduce surpluses,” he said.

In a press conference later Tuesday, Obstfeld called the current trade frictions “more of a phony war,” referring to the period of limited conflict at the start of the Second World War. “There’s still room for countries to engage in a more multilateral set of discussions to take advantage of the set of dispute resolution mechanisms that are in place to avoid an intensification,” he said, adding that all countries would lose in a trade war.

Investors with $543 billion of assets are the least optimistic about global growth momentum since the U.K. voted to leave the European Union, according to Bank of America Merrill Lynch. Just 5 percent of money managers project the international economy to be stronger in the next 12 months, the lowest level since June 2016, according to the bank’s April survey. Underscoring diminished growth momentum, earnings expectations have peaked.

Governments should take advantage of the good times to make structural reforms and put in place tax policies that raise the potential output of their economies, Obstfeld said.

The IMF outlook is a reality check for finance ministers and central bankers from its 189-member countries, as they gather this week in Washington for the fund’s annual spring meetings. President Donald Trump’s war of words with China over trade will be front and center. The U.S. has threatened to slap tariffs on as much as $150 billion in Chinese goods, while Beijing has vowed to retaliate in kind.

But the guardians of the global economy face challenges beyond trade, including the end of the years of easy central-bank money, and a world debt pile that has climbed to a record $164 trillion. Financial markets have been choppy this year, with U.S. stocks down slightly after a strong performance in 2017.

Globally, growth is being driven by a surge in business spending and a recovery in trade volumes, according to the IMF. Last year, the expansion covered two-thirds of countries, accounting for three-quarters of global output, making it the broadest upswing since 2010, when the world was coming out of the financial crisis.

A breakdown of the data by Bloomberg struck another upbeat note. In the past six months, the IMF has raised its forecasts for growth this year in 95 countries and for 102 nations in 2019. It downgraded its outlooks for 81 countries this year and 70 next year.

But there are signs the synchronized recovery may be becoming a little more uneven, at least in the short term, with the U.S. charging ahead, fueled by tax cuts and government spending.

The U.S. economy will grow 2.9 percent this year, the IMF said, up 0.2 percentage point from the fund’s forecast in January. The U.S. will expand at a 2.7 percent pace next year, also up 0.2 point from three months ago.

The IMF’s revised U.S. forecasts includes the benefits of the tax cuts passed in December, as well as a $1.3 trillion spending bill. However, the fund said growth will be lower than expected after 2022, due to the higher budget deficit and the expiry of fiscal stimulus.

The IMF also raised its forecast for the euro area, predicting that the currency zone will grow 2.4 percent in 2018, up 0.2 point from January. The fund left its forecast for euro-zone growth next year unchanged, at 2 percent.

China will grow 6.6 percent this year and 6.4 percent in 2019, the fund said. Both forecasts were unchanged from three months ago and were made the same day that data showed the economy grew 6.8 percent in the first quarter.

The world’s second-biggest economy will continue re-balancing away from investment and manufacturing toward consumption and services, the IMF said, warning that rising debt clouds the nation’s medium-term outlook.