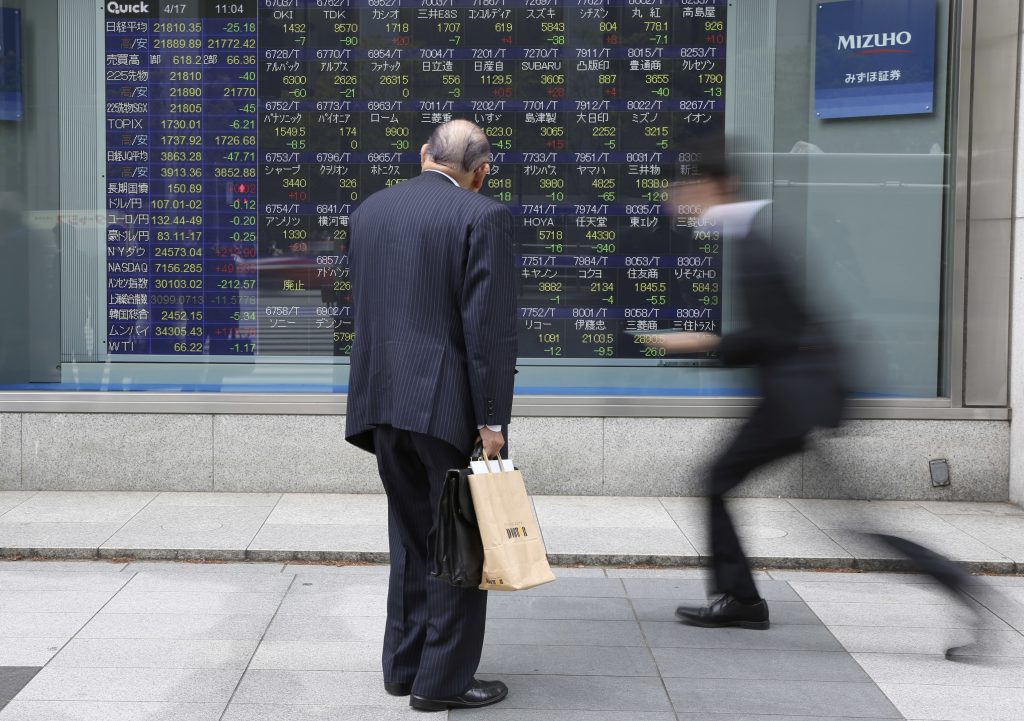 Asian stocks wavered on Tuesday after data showed both hot and cold patches in the Chinese economy, but losses were limited as investors turned their focus to corporate earnings from Syria.

The dollar was barely changed, with demand for safe-haven U.S. Treasuries ebbing as risk appetite improved in parts of the broader market and investors took the view that Western-led strikes on Syria were a one-off intervention.

China’s economy grew a welcome 6.8 percent in the first quarter of 2018 from a year earlier, official data showed on Tuesday, unchanged from the previous quarter.

“There are two stories here, one backward-looking and one forward-looking,” said Robert Subbaraman, chief economist for Asia, excluding Japan, at Nomura in Singapore. “Underneath the stable GDP growth is quite rapid rebalancing from industrial, investment and old economy sectors to consumption, services and new economy sectors like tech. This is encouraging.

“The more timely March data, however, point to nascent signs of a growth slowdown underway, led by these old economy sectors,” Subbaraman said.

While Saturday’s missile strikes were the biggest intervention by Western countries against Syria, investor risk appetite improved on speculation that the attacks would not lead to prolonged conflict.

“That said, the underlying picture has not changed. Conflict continues in Syria and trade issues remain unresolved. Geopolitics will impact the markets again.”

The Dow gained 0.87 percent and the S&P 500 rose 0.8 percent on Monday, with the biggest boosts from technology and health-care sectors, since investors were optimistic about the earnings season and appeared less worried about U.S.-led missile attacks in Syria.

S&P 500 companies are expected to report an 18.6 percent jump in first-quarter profit, on average, the biggest rise in seven years, according to Thomson Reuters data.

The dollar index against a basket of six major currencies was little changed at 89.415 after losing 0.4 percent overnight.

The pound rose to $1.4355, its highest since June 2016, with focus on data that could cement expectations of a May interest-rate increase from the Bank of England.

U.S. crude oil futures rose 0.5 percent to $66.57 a barrel after tumbling nearly 1.8 percent overnight as concerns over tensions in the Middle East waned.