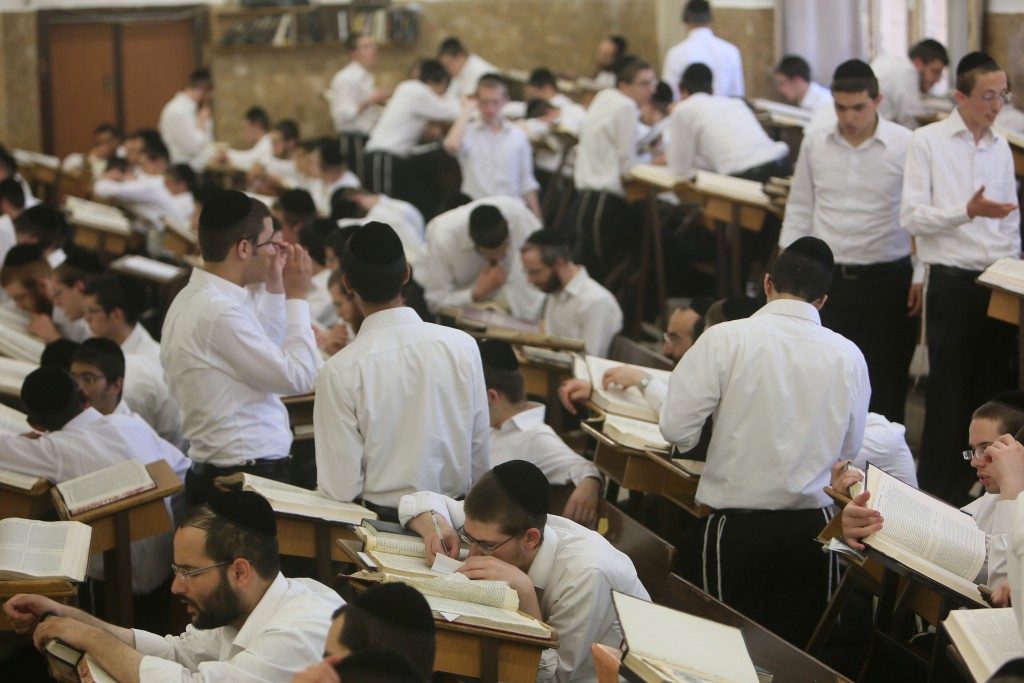 Davening had ended sometime before, and the young bachur waited patiently until I had finished talking to a friend before approaching me with a question.

“What happened in Syria?” he wanted to know.

Since I am friendly with the bachur — I am close to both his father and older brother — I wasn’t surprised that he turned to me when seeking the information. I was, however, somewhat taken aback by the specific query; as far as I knew, he had little interest in current events.

“The United States bombed Syria in response to its using chemical weapons on its own people,” I responded.

The bachur seemed surprised that this was the extent of the developments.

I nodded and then asked a question of my own: “Why are you asking?”

“So many people in shul were talking about it after davening,” he explained. “They were so busy with it that I thought something much bigger had happened.”

Many people, including some in our community, find something mesmerizing about high-profile military strikes, especially when — as is the case for the United States — it is something relatively rare. Yet what I long have found to be particularly fascinating is the degree of passion with which the conversations about these matters are conducted.

What makes someone get so motivated to argue the pros or cons of a military mission that they played no role in planning or executing? Isn’t it obvious that in addition to the inherent bias in media coverage, like the general public, reporters aren’t privy to the information gathered by the intelligence community? For instance, the argument that President Trump’s decision — in contrast to his tough-sounding rhetoric — to undertake a limited strike against Syria will only embolden the Assad regime may have considerable logic to it. However, when one takes into consideration the likely repercussions of a massive attack, and the very real possibility that retaliations by Russia and the subsequent tit- for-tat could easily and quickly spiral out of control, such conclusions are foolhardy at best.

A potent argument can be made that, in reality, the intelligent person recognizes that no matter how strongly he may feel about a news topic, be it a military decision or a political maelstrom, he doesn’t have enough information to really make an informed decision. Few are in a position to properly research the details, which often can only be done by speaking directly with the parties involved.

So why then take a position about a matter that they know little about and that has little or no relevance to them, and proceed to passionately argue it merits?

One possible reason is that it is a welcome escape from reality. Instead of talking about topics that really matter — conversations that might just lead us to engage in introspection and conclusions we feel more comfortable avoiding — we prefer to debate matters in which we have no personal stake. For practical purposes it is an alternative to engaging in small talk about the weather, which generally makes for a far less stimulating exercise.

Over the years, I have had the merit to spend many hours basking in the presence of spiritual giants. Some of them had virtually no interest in, nor knowledge of, what was transpiring in the outside world. Others did keep a close eye on developments in the news — but only to the extent of how it affected Klal Yisrael or individual Yidden, as well as any lessons that needed to be learned from the current events.

My Rebbi, Harav Nesanel Quinn, zt”l, would rarely comment about the news. But when he did address a major news story — such as after the Rabin assassination — it was to teach a crystal-clear lesson in Torah hashkafah.

Our generation is facing unprecedented challenges in so many areas. Only through viewing matters through the lens of the eternal truth of the Torah and holding open and honest discussions about them can we hope that with siyatta diShmaya we will rise to the occasion.

If we would only divert some of the energy being used in debating the irrelevant to discuss the truly pressing matters of our time — how much could be accomplished!

Even when we are not in the mood for a weighty discussion about these issues, each time we exchange an inspiring story or thought of chizuk, we are giving each other the strength and ammunition to be able to, b’ezras Hashem, overcome the obstacles we face.

Shortly after my initial conversation with that young bachur, I encountered him again. This time he was deeply engrossed in a conversation with two friends his own age. I couldn’t help but eavesdrop on what they were discussing, and it warmed my heart. The topic was the remarkable unity and extraordinary middos tovos being exhibited by the eight successors to the Vizhnitzer Rebbe, zy”a, whose sheloshim is now being marked. With admiration and awe, the three youngsters were exchanging anecdotes of humility and ahavas Yisrael — stories that are powerful lessons for life. As I walked away, I could only hope that some of the adults present would emulate these young bachurim as well.