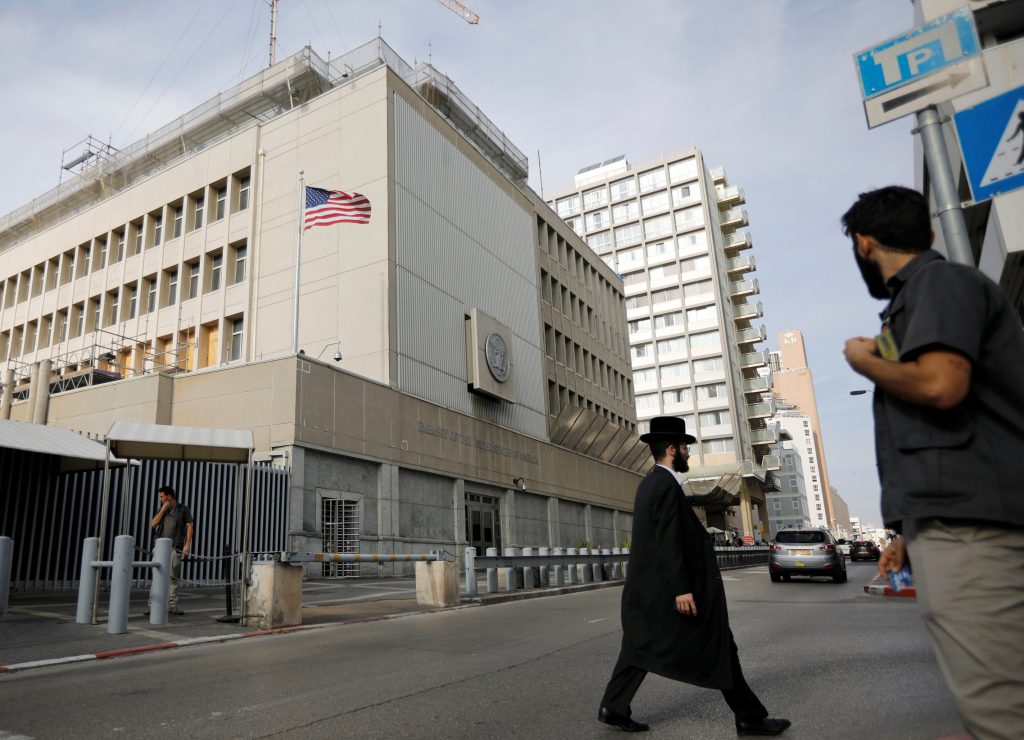 An Israeli Arab was sentenced to two years in prison Monday, after he attempted to join the Islamic State terror group – and actively planned a terror attack on the new U.S. embassy in Yerushalayim. Yussuf Muhammad Agabaria, 22, of the village of Mushrifa, near Umm el-Faham, was sentenced in a Haifa court for security crimes, including conspiracy to commit terror attacks, and attempting to join an illegal terror group. The sentence was the result of a plea bargain.

According to the indictment against him, Agabaria, beginning in 2014 and through his arrest in August 2017, attempted several times to join up with Islamic State groups. He openly advocated for the group’s ideology and praised its actions. The indictment said that he undertook several activities that would advance his membership in the group.

One of these was a planned attack on the new U.S. embassy in Yerushalayim, which is set to open in the coming days. He had conspired with several others to acquire an explosive device, which was to be used in the attack. He also organized a group to work with via social media. In one post, he wrote to Islamic State members, who were active in the group, that he was carrying out the attack “for you,” and that “you will benefit from it.”

Police and Shin Bet officials are continuing their investigation of the group Agabaria formed. A second suspect was arrested in the case, and proceedings against him are still going on, police said. Further arrests are expected, police added.