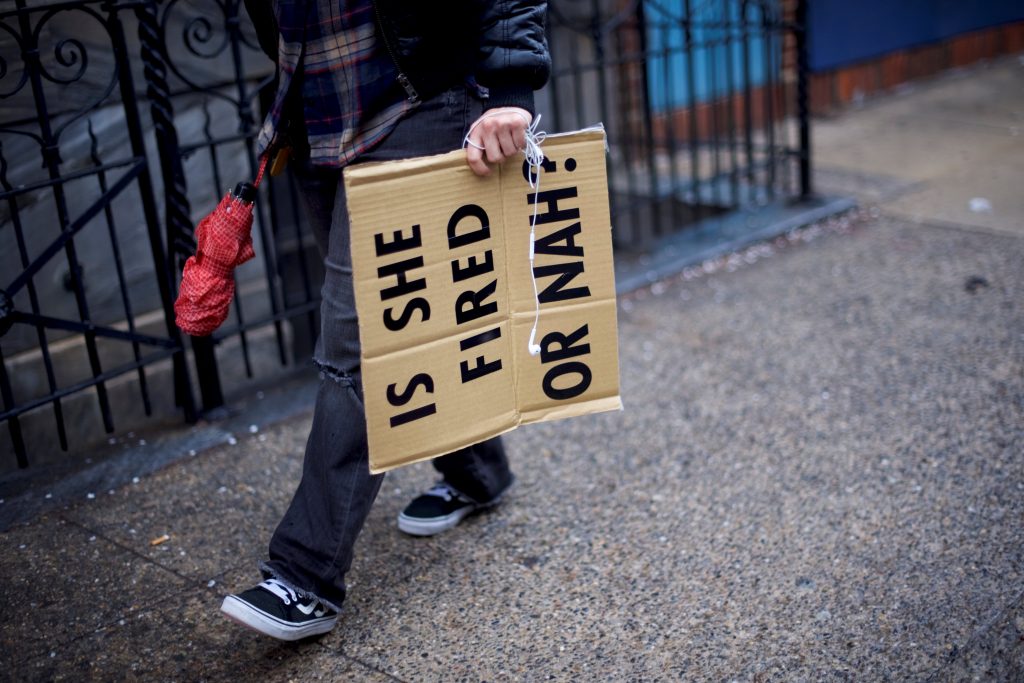 The CEO of Starbucks arrived in Philadelphia hoping to meet with two black men who were arrested when the coffee chain’s employees called 911 and said they were trespassing, while about two dozen chanting protesters took over the shop Monday.

“I would like to have a dialogue with them to make sure we have the opportunity to really understand the situation and they can join me in finding constructive way to solve this issue,” Starbucks’ CEO Kevin Johnson said on ABC on Monday. He called their arrest “reprehensible.”

A call seeking comment from the men’s lawyer about any possible meeting wasn’t immediately returned.

“We don’t want this Starbucks to make any money today. That’s our goal,” said Abdul-Aliy Muhammad, one of the protest’s organizers and co-founder of the Black and Brown Workers Collective.

Just before 7:30 a.m., the protesters moved inside and stood in front of the counter.

Starbucks regional vice president Camille Hymes attempted to talk to the protesters, but was shouted down.

Over the weekend, demonstrators called for the firing of the employee who contacted police, who arrested the men on Thursday.

Officials have said police officers were told the men had asked to use the store’s restroom but were denied because they hadn’t bought anything and they refused to leave.

Police haven’t announced the names of the men who were arrested and later released after the district attorney’s office said there was lack of evidence that a crime had been committed.

Over the weekend Johnson issued a statement saying the company is investigating its practices, working on training and will reach out to outside experts to make any needed changes that would help prevent such an occurrence from happening again.

“Creating an environment that is both safe and welcoming for everyone is paramount for every store,” he said in the statement. “Regretfully, our practices and training led to a bad outcome — the basis for the call to the Philadelphia police department was wrong. Our store manager never intended for these men to be arrested and this should never have escalated as it did.”