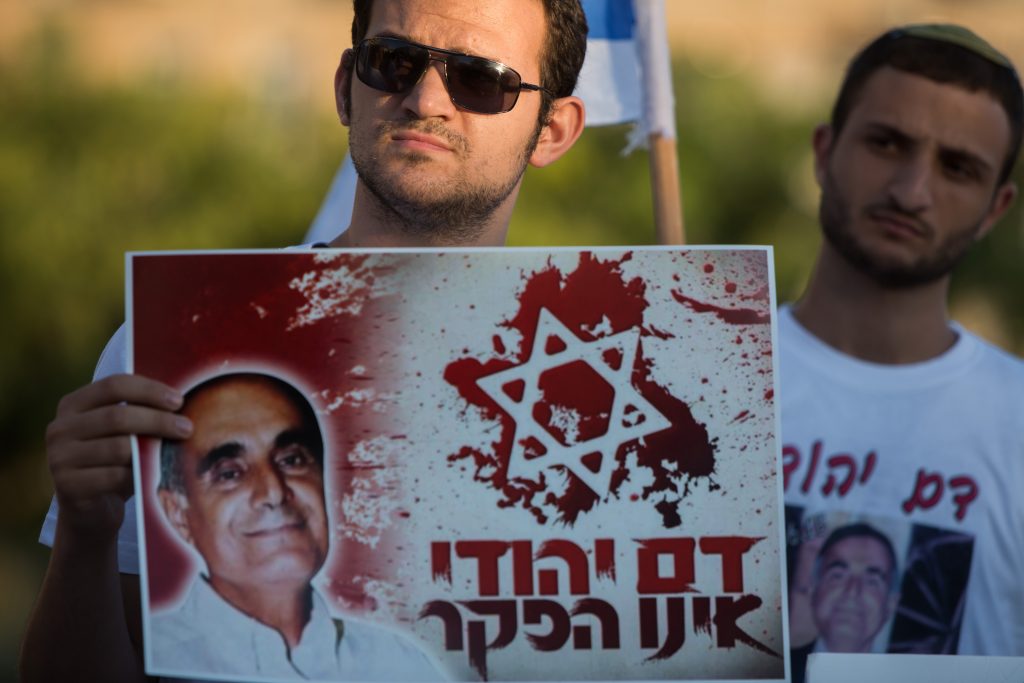 A Lod court on Monday convicted Ala’a A’azi, a 25-year-old Arab from the village of Beit Laqiya, for killing Israeli farmer David Bar Kappara, Hy”d, in 2015. A’azi was convicted of murder along with his cousin, Mujahad A’azi, for killing Bar Kappara as he worked his fields in the moshav of Pedaya, in Israel’s central plain. Sentencing will take place at a later date.

Bar Kappara was found bloodied and beaten in an agricultural field between Pedaya and Carmei Yosef in central Israel on June 23, 2015. He was taken by rescue workers to the Assaf Harofe Hospital in Tzrifin, where he was niftar a short time later.

According to the indictment, the two A’azis were in Israel illegally and Mujahad told his cousin that he intended to collect money he claimed Bar Kappara owed him. The two approached the victim early in the morning of the murder, and observed him selling grapes from his vineyard to a third party. Mujahad, who had worked for Bar Kappara, believed that the farmer would take the money to his safe, as he preferred doing business in cash.

The Shin Bet originally investigated the case as a terrorist one, but the court decided that the evidence indicated that it was a criminal case. The family of Bar Kappara slammed the decision, and have organized several protests against the proceedings. At a protest Monday, Daniel Bar Kappara, a son of the victim, told Channel Ten that “my father was beaten over and over, and those murderers poured chemicals all over him. This was far more than a robbery. We do not want them to get a penalty for murder, which will be commuted in just a few years. We demand that they be sentenced to life in prison.”