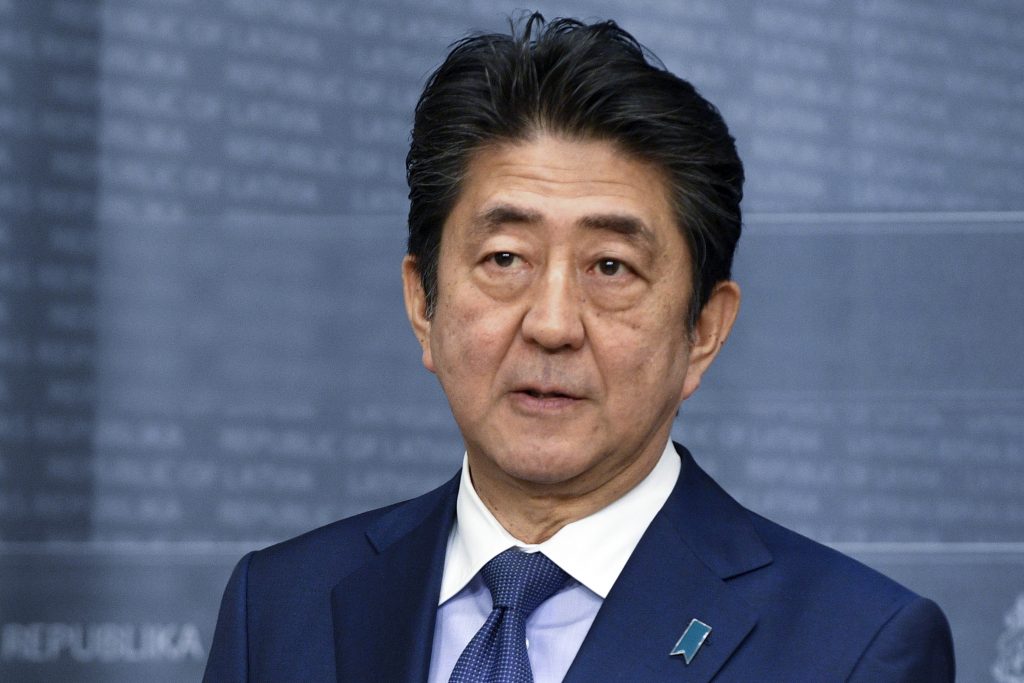 The Japanese prime minister was also the first foreign leader invited to Mar-a-Lago, Trump’s resort in Palm Beach, Fla. And the relationship blossomed further when the president made Japan the first stop on his Asia trip last fall — a visit featuring golf, burgers and matching baseball caps emblazoned with “Donald & Shinzo: Make Alliance Even Greater.”

But despite those promising beginnings, Abe’s view of Trump has suddenly veered to alarm.

Tokyo was dismayed last month when Trump suddenly announced he would meet with North Korean leader Kim Jong Un. There had been nary a word of warning, much less consultation, for America’s closest friend in the western Pacific.

Adding insult to injury, later the same month, Japan was the only major American ally not promised an exemption from Trump’s hefty new tariffs imposed on steel and aluminum.

“I think the Japanese thought that Abe kind of knew how to handle Trump. That was his big mistake,” said Clyde Prestowitz, a top trade negotiator in the Reagan administration and expert on East Asian economics.

Now, chastened and anxious, Abe will return to Mar-a-Lago on Tuesday for a crucial summit with Trump.

The focus will be on North Korea and its nuclear weapons program — an issue vastly more urgent for Tokyo than for Washington. Although Kim may have nuclear missiles capable of hitting the West Coast of the United States, North Korea has already demonstrated many times over that it can rain ballistic horror on Japan any time it chooses.

Whether the return to Mar-a-Lago includes a round of golf, the atmosphere will be far more tense for Abe than it was on his first visit.

It isn’t just that both men are weighed down by political troubles at home — Abe by a land-sale scandal and Trump by a persistent investigation involving Russia.

But on the larger global stage, the two leaders are confronting possibly unprecedented events that could create seismic shifts in the Pacific region.

Although most analysts say the U.S.-Japan alliance established after World War II remains fundamentally sound, Trump’s unilateral, spontaneous and unpredictable pronouncements and approaches to policymaking have raised deep-seated concerns about the future of East Asia.

And for the Japanese people, the possibility that they could no longer rely on the protective umbrella of U.S. military power may be the most unsettling development in their postwar history.

Since Kim assumed power in 2011, Pyongyang has conducted 99 missile tests, including 11 successful launches last year, five of which fell within 200 nautical miles of the Japanese islands, said Sheila Smith, a senior fellow for Japan studies at the Council on Foreign Relations. One of those tests came when Abe and Trump were dining at their first Mar-a-Lago summit.

Trump’s attitude toward Kim, however, has vacillated from suggesting he would welcome the North Korean ruler for “a hamburger on a conference table” to threatening to meet Kim’s bellicose talk against the United States “with fire and fury.”

This month, Trump said his administration has been in touch with North Korean officials. “We’ll be meeting with them sometime in May or early June, and I think there will be great respect paid by both parties,” he told reporters at a Cabinet meeting.

What worries Abe, as well as the Japanese people and the larger foreign relations community, is that Trump, in his desire to broker a deal breaking through a long stalemate, will settle for something that could leave the region vulnerable, and no one more so than Japan.

Kim could propose a deal in which the United States curtails regional military exercises in exchange for a North Korean freeze on its testing of ballistic missiles and nuclear weapons.

The freeze-for-freeze idea has been floated by China and Russia before, but is highly unpopular in Japan, said Michael J. Green, senior vice president and Japan chair at the Center for Strategic and International Studies.

Critics of the idea say it would be an empty promise enabling Pyongyang to continue developing its nuclear capabilities in secret while the United States stood down militarily.

“When North Korea says denuclearization of the Korean peninsula, they mean the U.S. goes first,” Green said. “You guarantee the survival of our regime, which means you pull back your troops, your sanctions.

“It’s basically meaningless. The North Koreans have used this phrase repeatedly over the past two decades.”

Analysts expect Abe will have at least two major requests for Trump on North Korea: The first is that the president raise the issue of Pyongyang’s abduction of Japanese citizens, a particularly sensitive matter in Japan. Tokyo has made little progress negotiating for the return of more than a dozen citizens who were kidnapped by North Korea during the 1970s and 1980s.

The second could be harder to attain: a statement from Trump that there will be no relaxation of pressure on North Korea, or any change in the U.S.-led military readiness or exercises, until Pyongyang takes verifiable steps to denuclearize.

But even a commitment from Trump that he will demand a total dismantling of North Korea’s nuclear program may not be enough to reassure the Japanese.

“Trump has been volatile on many issues; that’s what many people worry about,” said Takeo Hoshi, director of the Japan program at Stanford’s Shorenstein Asia-Pacific Research Center. “If he meets directly with Kim Jong Un, he might say something he shouldn’t, or something spontaneously.”

Then there’s the matter of trade.

Although the president has reserved his harshest words and actions for China, including threats to impose tariffs on as much as $150 billion of Chinese goods, Trump many years earlier had voiced similar disdain for Japan’s trade and economic policies, something that surfaced during the 2016 presidential campaign.

Many experts think Trump snubbed Japan on metal tariff exemptions to exert leverage on Tokyo to cut a trade deal. “The U.S. wants Japan to complain about the tariff and then wants to talk about a bilateral treaty,” said Hajime Izumi, professor of international relations at Tokyo International University.

Abe will be reluctant to commit to launching two-way trade negotiations, knowing that Trump officials will insist on substantial market openings, especially in agriculture, said Mireya Solis, a Japan scholar at the Brookings Institution. As much as Abe would like to get an exemption on metal tariffs, the political cost of caving in to Trump’s pressure for a trade deal may be far greater for the prime minister.